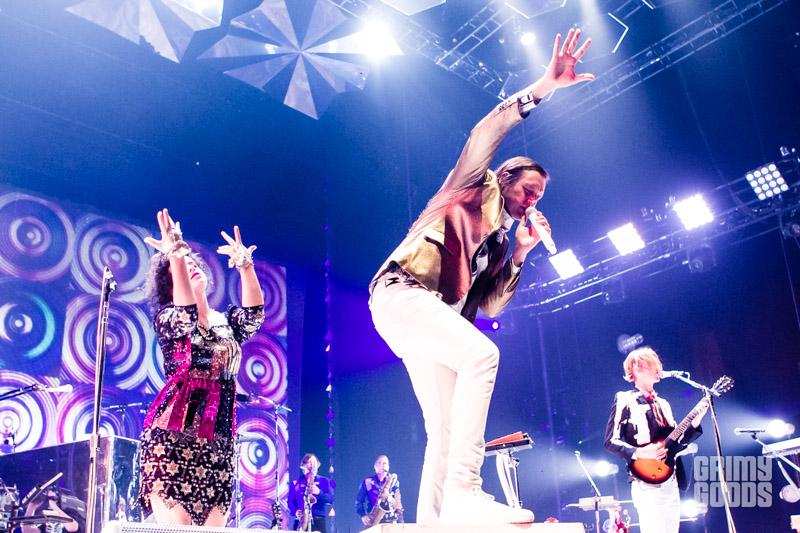 Close your eyes and imagine the sounds that accompany each of the following genre titles: jazz. folk, reggae, heavy metal… EDM. Each evokes their own trademark silhouette of rhythms, themes, and instrumentation. Now think of the genre known as “indie” in the same context. If you’re drawing a blank, you’re not alone, because indie is the musical genre with no definitive musical style. Like many genres, it wasn’t a style so much as a movement, which came packaged with its own attitude, personality type, and wardrobe. It can be used to describe Arcade Fire, LCD Soundsystem, Bon Iver and Bloc Party all in the same breath, but what other genre packs so many completely different sound palettes under the same umbrella? What is “indie” and why does it feel like despite hearing it used so often, no one really knows what it means?

Obviously “indie” is short for “independent,” and its origin dates back to the mainstream explosion of independent films in the ’90s. These self-funded films set a new standard for artistic integrity, as what they lacked in high-budget production values, they made up for in avant-garde styles and concepts. “Indie” musicians followed the same model, appealing to a niche market of intellectual fans in a “do-it-yourself” manner without the help of corporate entertainment companies. At this point, indie wasn’t a genre, but rather a mere business strategy. Bands that followed this strategy tended to record albums on their own janky home recorders and package it with store-bought CD-Rs and hand-drawn sleeves. While music industry fat-cats called it a lack of professional quality, fans began to prize this arts-and-crafts aesthetic for its authenticity and charm. The movement burgeoned until music with poor recording quality became sought after, birthing “lo-fi” as a subgenre, and cutesy pencil drawings became a highly commercial visual style. 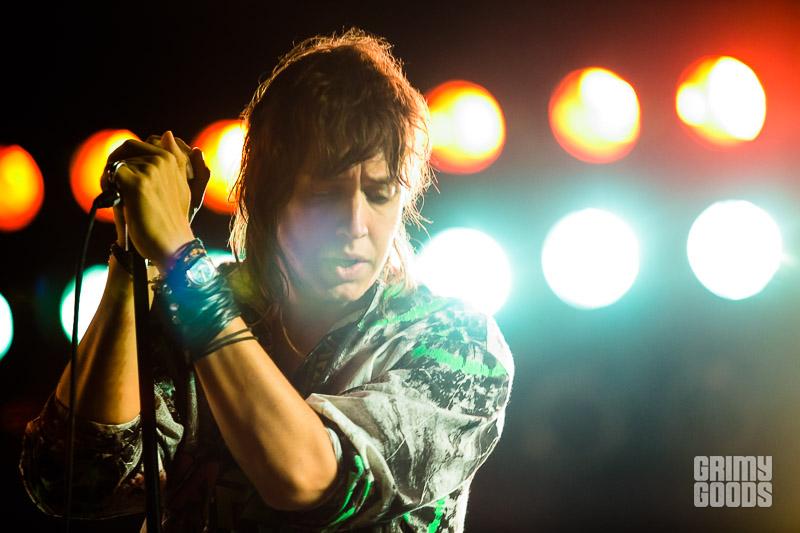 Though some still use the word indie as if it were alive and well, it is safe to say the genre peaked sometime around the release of Napoleon Dynamite and died sometime around the time Michael Cera started a supergroup with members of Man Man and Modest Mouse (called Mister Heavenly). Evidence that indie had truly reached the point of no return can be fully understood within the first three sentences of the Wikipedia plot summary for a movie called Nick and Norah’s Infinite Playlist:

“A straight bass player in an ‘all gay band’ called The Jerk-Offs, Nick O’Leary (Michael Cera) is a teenager from Hoboken, New Jersey. Nick is still heartbroken after his girlfriend, Tris (Alexis Dziena), broke up with him three weeks, two days, and 23 hours ago, and continues to make “breakup” mix CDs for her. Thom (Aaron Yoo) and Dev (Rafi Gavron), his gay bandmates who both hate Tris, convince Nick to perform at a club because his favorite band the legendary, publicity-shy indie band, Where’s Fluffy?—is performing somewhere in New York City that night.”

There’s something about relishing so shamelessly in the cutesy, artsy, youthful aesthetic that eventually made “indie” into our generation’s disco or hair metal. What used to be quirky and mysterious became self-absorbed and trite. Privileged young people celebrated their own emotional weakness to the point where obsessing over an ex and naming a band “Where’s Fluffy” sounded like good ideas. In the case of Columbia Pictures’ Nick and Norah’s Infinite Playlist, the world had no choice but to feel sickened by the dynamic of hand-drawn bubble letters advertising a multi-million dollar franchise. However, despite the entertainment industry’s abuse of the genre, it is important in 2016 to take a step back and remind ourselves of the admirable virtues that started it all. 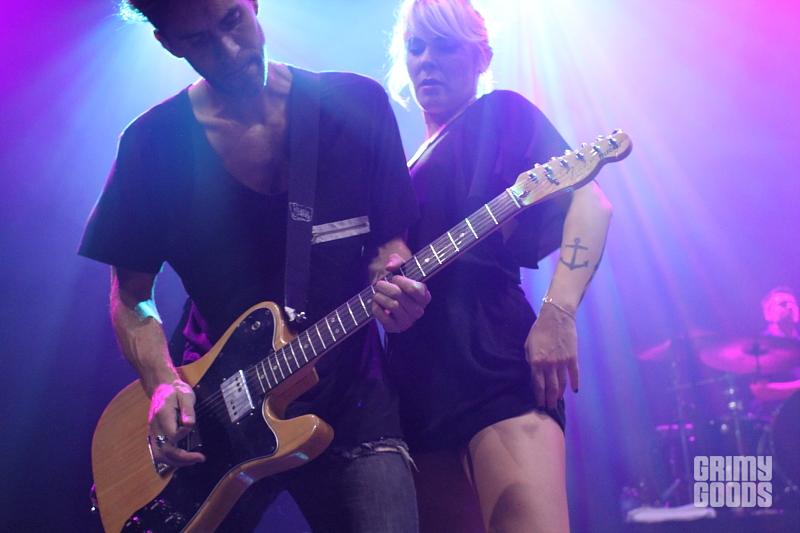 Like several other music genres, much of the “indie” concept is owed to the Talking Heads. In an era where grandiose prog bands like Kansas and Steely Dan were blowing the attitude of rock n’ roll squarely out of proportion, David Byrne walked on stage at CBGB’s in a beige polo and burned down the house. The level of innovation in a song like “Psycho Killer” is indisputable, yet almost impossible to articulate. Though it consists of only guitar, bass, drums and vocals, it contains nonsensical yet utterly satisfying lyrics, a hypnotic melody line that eerily resembles no other phrasing in history, and an air of vulnerability and non-pretentiousness that had never been seen. An entire regime of rock bands, competing for the highest ground of musicianship and the most cinematic production and visuals, were met with a band that truly did not care about how well they played or even what they wore on stage, and all the while, their music was better.

This upside-down style of songwriting and style coined by Byrne would shape the entire mantra of the indie musician. Their music influenced R.E.M., and R.E.M. influenced Radiohead, another group of indie-hailed legends. Take Radiohead’s fourth LP Kid A for example, an album that so gracefully defied all confines of genre with such eclectic sounds, that it feels sacrilegious to even attempt to categorize it. Notice that with most genres, one can always expect a few key elements that make up the bulk of its music. Jazz songs will almost always employ the classic ride cymbal shuffle, most punk songs need their fast, down-picked, distorted guitar chords, and a rap song isn’t a rap song without someone rhyming over the rhythm. But when pondering “indie” music, no common elements really come to mind.

From the standpoint of artists like Talking Heads and Radiohead, it seems as though the definition of “indie” in music might be the sheer evasion of genre itself. After all, it’s a term derived from artistic integrity, and innovation to the point of transcending genre is one of the highest accomplishments an artist could imagine. 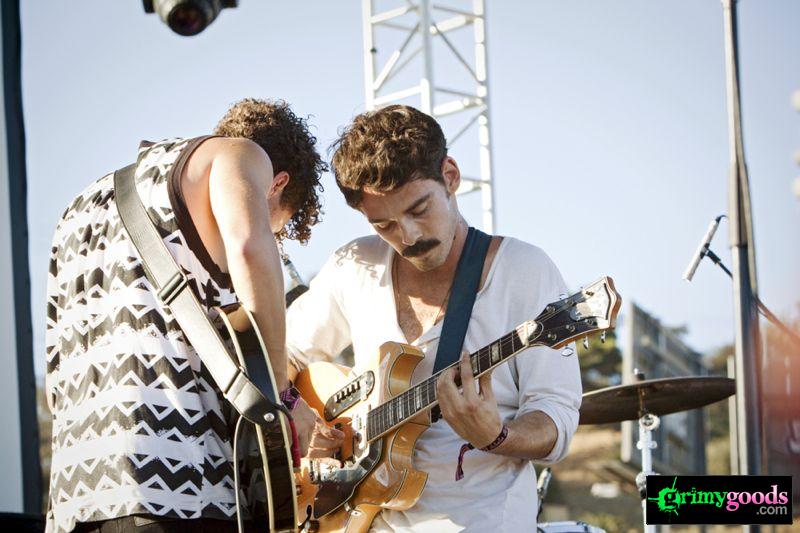 More specifically, it seems that the common thread of an indie band is taking the basic rock band template and infusing it with key outlandish ingredients. Arcade Fire, for example, begins with an arena-rock base and drapes it in grand instrumentation, from glockenspiel to hurdy-gurdy. Acts like Yeasayer and LCD Soundsystem maintained equal allegiance to rock and electronic at the same time, combining live drums and guitars with synths and sequencers in each song. Grizzly Bear and Local Natives diversify folk music with splashes of jazz, R&B and psychedelia. Vampire Weekend is famous for reinterpreting African pop in a western setting. While they’ve all been called “indie,” none of them are much alike in terms of sonics or themes at all. Of course, indie does have its general stereotypes, not toward the music nearly as much as toward fans of it. One thing these acts do all have in common is that their fans consist mostly of an infamous archetype of young people that, unfortunately, are still most accurately branded as “hipsters.”

The irony of the terms “indie” and “hipster” is that at their root, they are terms that describe any artist or consumer that is especially stimulated by art and craftsmanship. They pay attention to the quality of the clothing they wear and the coffee they drink, and they seek deeper meaning in music and film than the average person. Though both these labels have adapted negative connotations, valuing quality should not be stigmatized. Rejecting the superficial status quo of mainstream media will always be a profound and necessary phase of artistic evolution. The real issue is with those who prize the image of integrity more than integrity itself, precisely because image is the antithesis of integrity. 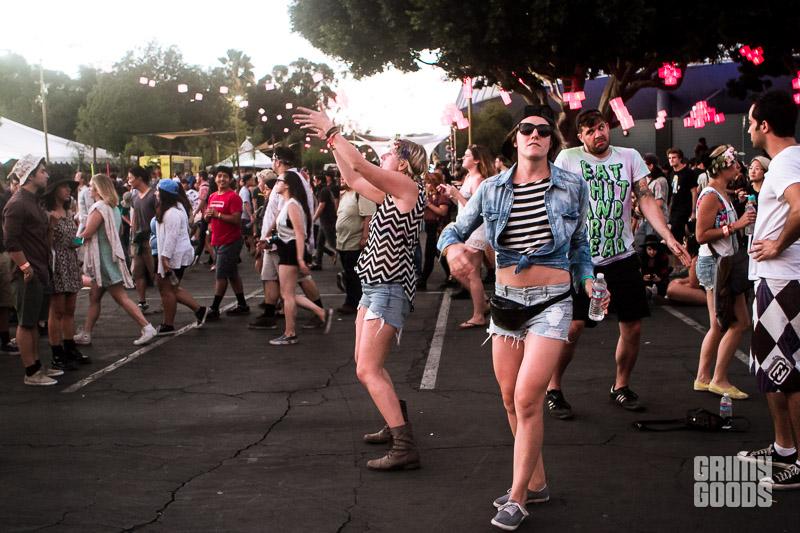 But it’s no secret that this is just what happens to all significant styles of music. Any artistic movement will begin with defenders of truth and end with dilettantes. Jazz began as a rejection of musical rules, and now most jazz fans are more obsessed with rules than the teacher from Whiplash. Punk rock started off as anti-establishment as it could possibly get, and somehow turned into Green Day. Hip hop was originally a haven for the have-nots, and quickly became a materialist aristocracy. Like my last editorial points out, artistic activists often become the dictators in the end. This is the cycle: Something new and sexy and exciting comes up from underground that the cool kids can’t get enough of. Industry folks then proceed to exploit the genre and its leaders the moment it becomes profitable, until money and greed forces it to collapse on itself. After enough corporate desecration, the genre will finally be dead, and from its remains another style will emerge to reset the cycle.

The fate of indie music was especially poetic because the name itself literally stands for independence from corporations. The fact that today, Imagine Dragons is considered “indie,” a band that couldn’t be more corporately backed if they tried, is truly disorienting. It seems the overall lesson here is that people tend to use labels far too much in music, and it leads to discrimination and close-mindedness. The vast majority of people you talk to listen to one or two genres of music with no intention to venture any further. This is because listening to new music is like ordering a new type of food or reading a new book—we are afraid to try something different for fear we won’t enjoy ourselves—but how can we ever enjoy ourselves at all if we never try anything new? Having culture requires effort, and if you refuse to listen to something because of its genre label you will cheat yourself out of hearing hundreds of your potential favorite albums. You haven’t heard The Beatles because you’ve heard the Eagles; you haven’t heard Kendrick Lamar because you’ve heard Eminem; and you haven’t heard Local Natives because you’ve heard The Shins. Obvious as that rhetoric may sound, the average music listener needed to hear that far more than you might think. I suggest we all simply pay less attention to names and titles in music. After all, it’s free now. Listen to every bit of it that you possibly can, regardless of its label.

Stream: From rock to hip hop, shoegaze and folk — all these acts inspired indie music today.

5 thoughts on “Defining “Indie” — A Look Inside Indie Culture, Where It Started, Where It’s At Today”