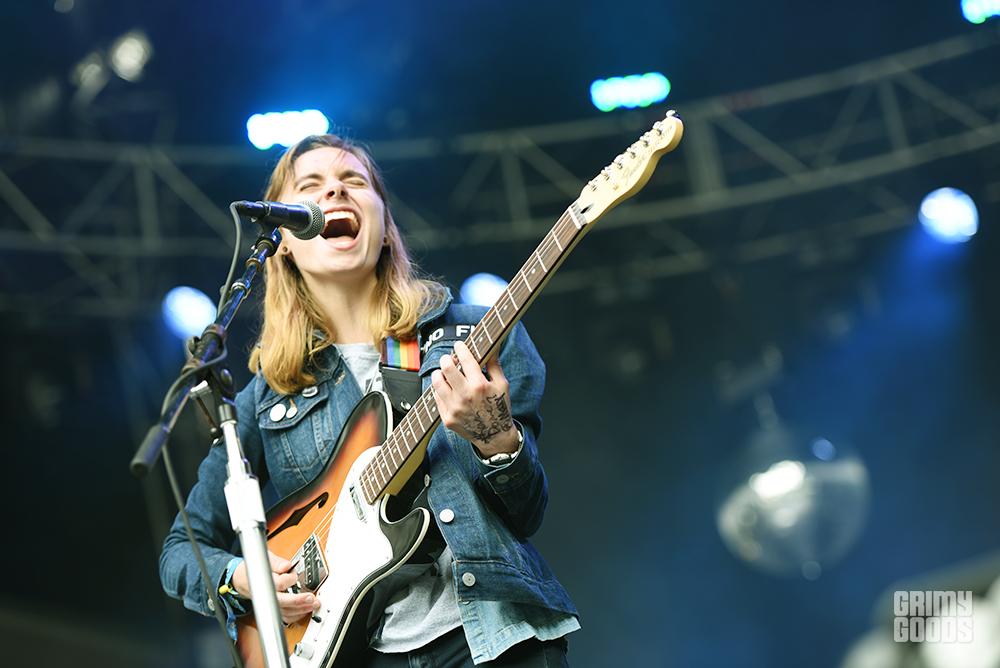 Julien Baker at Outside Lands 2016

As Los Angeles’ premier music festival, FYF Fest edges closer, we begin to take a collective look at the lineup in search of missed gems and unfamiliar band names with familiar, one-off tunes we heard at a house party or hip coffee shop. Just because these acts live on the final two lines of the FYF bill, doesn’t mean they should be passed up. In fact, many of FYF’s most promising acts are on the lower end of the bill. It ain’t all about those big headliners, of returning FYF royalty.

A staple on the folk scene, the 20-year-old Memphis native, Julien Baker splits the difference between other female crooners like Fiest and Birdy. Penning emotionally cathartic tunes that float forward on little more than her quivering vocals and a few dreamy instrumentals, Baker’s songs seep into your skin through the scars you forgot were there. We recently caught her at the annual Outside Lands Festival in San Francisco, and through her mystical allure she won the crowd over with relative ease.

On songs like “Everybody Does,” Baker wraps metaphors of sheer beauty around her soft hands, as she gently presses her personal intimacies into her palms until they’re a tightly packed, universally relatable truism. Her stories, about little girls and boys with broken wings and spirits—on ambulance rides, saline communions, and deaths on the blacktop—Baker guts you with her unfettered images and trembling delivery. There’s also a brutal authenticity that bleeds through as she yells and shouts, clawing tooth and nail to dig out her heart-wrenching lyricisms. It’s a viable candor that is both deeply vulnerable and emboldening, and it seemingly reminds you of the restraint Baker has vocally.

Julien Baker performs at FYF Fest on Sunday, August 28 at 2:45 p.m. on the club stage. As part of FYF’s pre show gigs, Baker will also perform at the El Rey Theatre on August 25. Her debut album Sprained Ankle came out October 23, 2015 via 6131 Records. Stream it and / or purchase the album via her BandCamp page.