Located at the heart of Hollywood’s extravagant entertainment scene, the Hotel Café sits rather unremarkably down a nearby alley, flanked on all sides by majestic venues like the Pantages Theatre and the Hollywood Palladium. Once inside, the Café reveals itself to be a much grander replication of Hollywood’s glory days, with intricate, gold placated architecture leading into a bar/dinner hall with a dimly lit stage. It’s grandiose of an unassuming nature, which seems to fit the venue’s billing as a discoverer of pre-big break singer/songwriter talent. Of such talent recently showcased–to a sold out and packed bar nonetheless–was Alexandra Savior; a husky voiced, doe-eyed crooner that so daintily stole the audience’s hearts. She could’ve broken them all and still own their love.

In her rose-fettered dress, Savior’s bashful innocence at first seemed an uncontrollable nervous tick, but as the show progressed, it was clear that it was all in line with her sultry, coquette act. Immovable from her position behind her microphone, her only movements came from the occasional placement of her hand’s on her hips (like she was scolding the crowd for something), and her numerous facial expressions, which ranged from her heart-fluttering pouty faces to eye rolls. By doing virtually the bare minimum an artist could do onstage besides sing, Savior had managed to charm her way into her crowd’s hearts, and they were now at the mercy of her mischievousness. Savior’s ease and coolness are talents that are inherently unlikely for someone so new to the stage, but it’s clear that it’s the one place she really belongs.

Savior’s quiet lulls, which swing gleefully between low-toned hums to lofty and dulcet cries, have quite the enchanting effect. “Shades,” the only song Savior has released to date from her upcoming debut album produced by Arctic Monkey’s frontman Alex Turner, is an acute summary of her particular tastes. Beneath her crisp murmurs, which tumble against quick, oscillating riffs and a deliciously frisky percussion line, Savior’s sympathetic vixen rummages awkwardly through the house the morning after–ruminating in her pacifying croons the eventual end of her “strange little arrangement.” Upbeat and rhythmic, backed by the funky boys of PAPA (who were surprisingly tame, but nonetheless groovy), Savior’s introspective, moody ballads and bluesy pop glistened in the Hotel Café’s low light. She seamlessly made guests a slave to the incessant need to sway their bodies to every one of her delirious purrs. 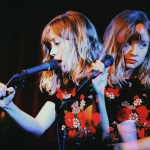 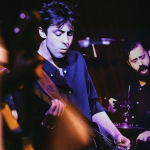 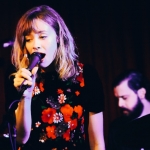 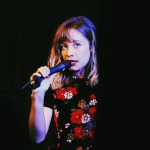 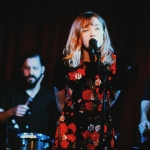 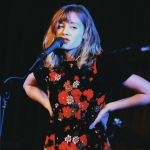 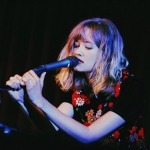 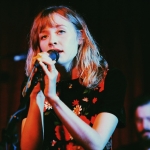