It’s about that time, yo! FYF Fest has announced set times for its 2016 event. FYF Fest takes place this weekend, Saturday, August 27 and Sunday, August 28. Headlined by none other than Los Angeles-bred Kendrick Lamar; LCD Soundsystem, Grace Jones and Tame Impala will also join Lamar as the weekend’s headlining acts. While we love the big names in music that FYF so perfectly curates every year, the biggest draw for most music-lovers are the hidden gems; the acts that tend to  play in the early afternoon slots. Some FYF Fest lesser-known acts we’ve already highlighted include  Julien Baker, Museum of Love and Alex G; but that’s just the tip of the iceberg. Take a look below at the official FYF Fest set times, and be sure to get there early to catch some of those early slot acts! 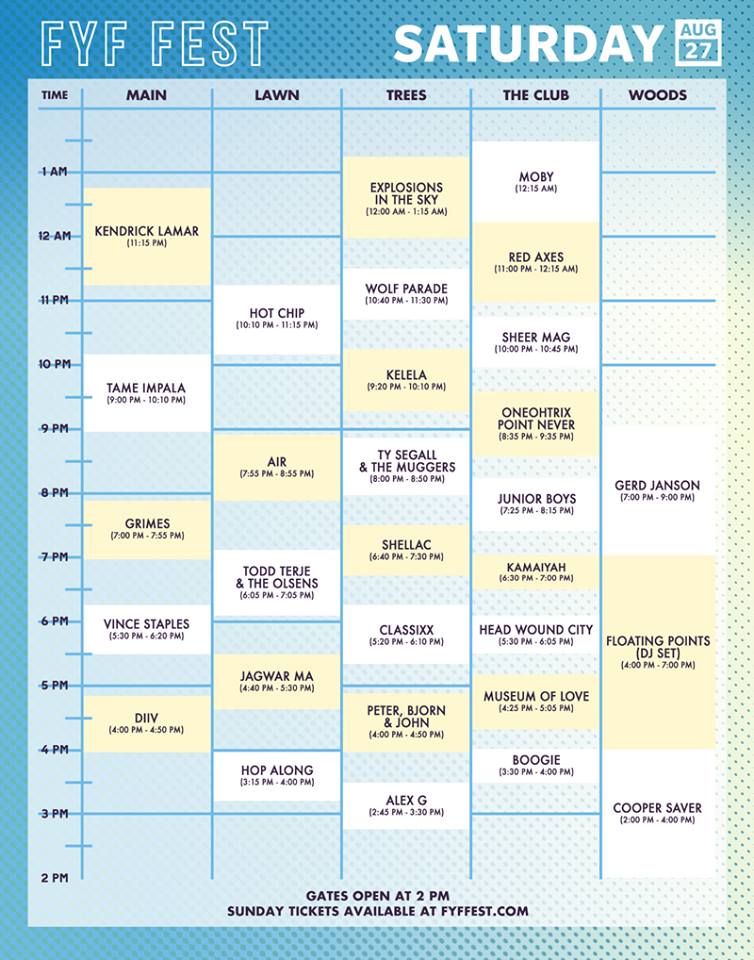 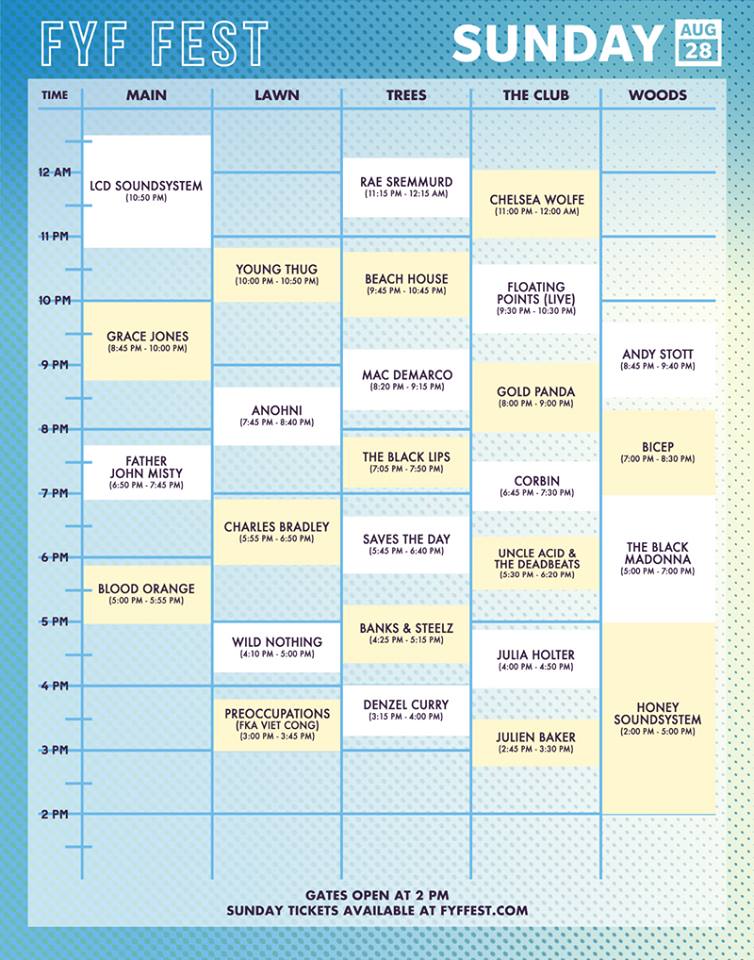