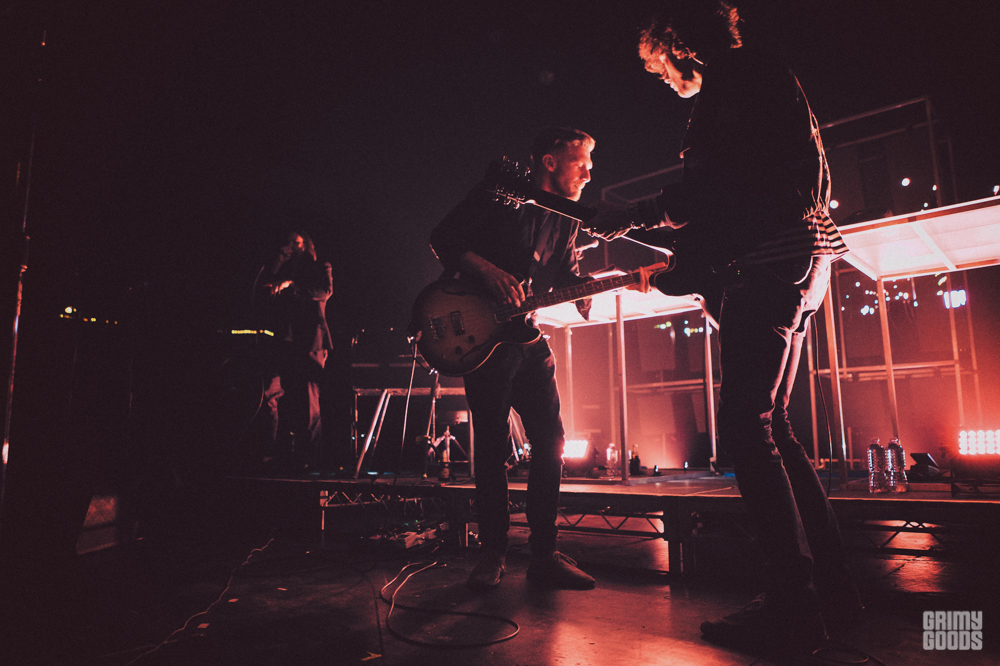 We’ve seen indie electronic-pop kings Miike Snow burn down the house and ignite a frenzied dance party before and so it’s plain as day that they’ll be absolutely killing it at their upcoming Los Angeles show date at The Shrine Expo Hall on Thursday, October 6th. Get your body movin’ to catchy new tunes such as “My Trigger” and “Genghis Khan” from the trio’s latest record iii. Joining Miike Snow on stage is very special guest, the magnificent soul crooner Charles Bradley & His Extraordinaires. Expect to hear gut-wrenching songs from his latest record Changes.

Tickets to Miike Snow at The Shrine Expo Hall are priced at $29.50-39.50, doors open at 7:00 pm, and the event is All Ages. You can purchase tickets or win a pair of tickets by entering the contest below!

First make sure you’re following Grimy Goods on Twitter here and/or “like” our Facebook page here. Next, email ggcontests@gmail.com with your full name for guest list and a clever reason why you want a pair of tickets to Miike Snow at The Shrine Expo Hall When you’re done with your email, send us a Tweet so we know you entered the contest or you can post on our Facebook wall. We’ll select a winner that has done all of the above mentioned. Winners will be announced via email, Facebook and Twitter on Sunday, October 2nd. Winners will have until 10 AM Monday, October 3rd to reply back to our email and confirm their win.

FACEBOOK: Just leave a comment on our wall letting us know you entered our contest for tickets to Miike Snow at The Shrine Expo Hall Oct. 6!