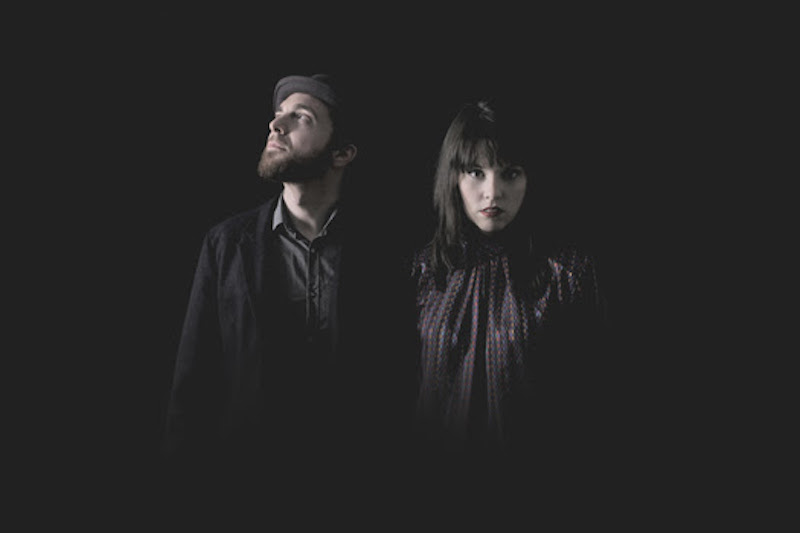 When it comes to the early-beginnings for any band or artist, there are always the few outlying but common stories of adopting nomadic lifestyles, sleeping in cars, selling their belongings, and generally what has become a cliche of the “struggling artist” model. Yet, there are always a handful of origin stories that really stand out from the rest, and indie-pop duo Air Traffic Controller are one of them. Dave Munro first planted the seeds of his future music career when he was still a–you guessed it–US Navy air traffic controller, sending home demos he’d created while deployed. Not long afterwards, Munro met Casey Sullivan, who’d become the other-half of the singer/songwriter duo that would be Air Traffic Controller. Three albums in, the two have developed a cohesively fluid bond, one forged in the sublime duality of their shared vocal duties and boom-clap indie-rock tunes–which have come to a head in their most recent release Black Box.

Besides making massive waves in their hometown of Boston, their third studio album has embraced a genuine shift from their traditionally sunshine-pop sound, evolving their multi-instrumental/folk tones for more spaced out, introspective pieces. This alteration, which has emerged in the form of songs like “Phantom” and “Warrior,” can be attributed to Sullivan’s increased involvement in the creative process, as well as now the band’s co-lead singer.

“Prior to recording Black Box, I had never been involving in the songwriting for the band. I had always been writing songs but never thought about performing them with the band,” Sullivan explained. “When we started recording the album, Dave wanted to try adding some of my songs and after recording the first one we just ran with it.  My writing style tends to be more sparse so it was a nice challenge to see what could fit in with Dave’s songs and still feel cohesive as an album.  Our producer, Bleu, really helped us create that cohesiveness.”

Sullivan’s vocals, which previously had been used in jovial accompaniment to Munro’s croons, and often highlighted the tender romanticisms of their songs, now fill Black Box with a haunting emotionality that just oozes so naturally from both her singing and songwriting. To Munro, because Sullivan was already such an organic and integral part of the band, the transition in sound was just as seamless. Yet, even on their new record, Munro explained that there was a desire for “preservation” for things innately “very Air Traffic Controller,” and so their attempts became rather not reinvention, but to find “new ways of making things ours–new instruments, new techniques, and the real game changer, having two very different voices and two very different kinds of writers onboard.”

To Munro, with Sullivan now penning songs and taking control of vocal duties for them, the possibilities have “literally doubled” for the band, mentioning that when their producer Bleu “heard Casey’s haunting solo demos for these songs, I think he imagined a big swirly atmospheric beauty surrounding that cool moody tone of hers.  There are also quiet moments in these tracks that draw you in just like those demos did for us.”

While Black Box still employs a few familiar auditory techniques and medley’s, such as their signature boom-clap-strum, its relative experimental nature for Air Traffic Controller begs the question what future LP’s mean for the direction of their sound. To this, Munro recognizes the relatively cyclical nature of music and that universally beloved concepts, such as boom-clap-strum, male-female harmonies, and the like, are embraced facets of their musical identity: “Boom clap strum has been a thing since before the Beatles, and it’ll keep coming back in pop music I’m sure, it even made some appearances on Black Box. But yes, while making NORDO there was an effort to allow the spaces of the house we recorded in to be heard and that was a fun way of doing it. I think naturally we will take a little of what we’ve done in the past, and add it to a new formula.  Casey and I will always be ourselves, but I think we proved making BB that we can go beyond ourselves.  That is scary, exciting, and inspiring all at once, and I don’t think we’d want it any other way.”

Like their previous album NORDO, the title Black Box makes an aviator’s allusion, courtesy of Munro’s Navy days, to the small black box located on aircraft to help investigate aviation accidents through recordings. “The album is our darkest creation, and like the black box on an airplane, it contains details of what happened when things got dark and whatever happened beforehand,” Munro explained. “Like the album cover there is light inside.  Among the secrets and ghost stories, we have lots and lots of hope and celebration coming from the box.”

Without a doubt Air Traffic Controller have hit a nerve, cut out a niche, with Black Box, one that has allowed an unparalleled level of emotional breadth to their boisterous indie-pop creations. For all the peculiarities of their beginnings, this emboldened, refreshed expose is their most exciting birth yet.

With their West Coast Tour already in motion, Air Traffic Controller will be playing the Satellite in Los Angeles on November 11 (tickets here). Their upcoming gig was featured on Grimy Goods’ Best Shows of the Month. Black Box is out now.