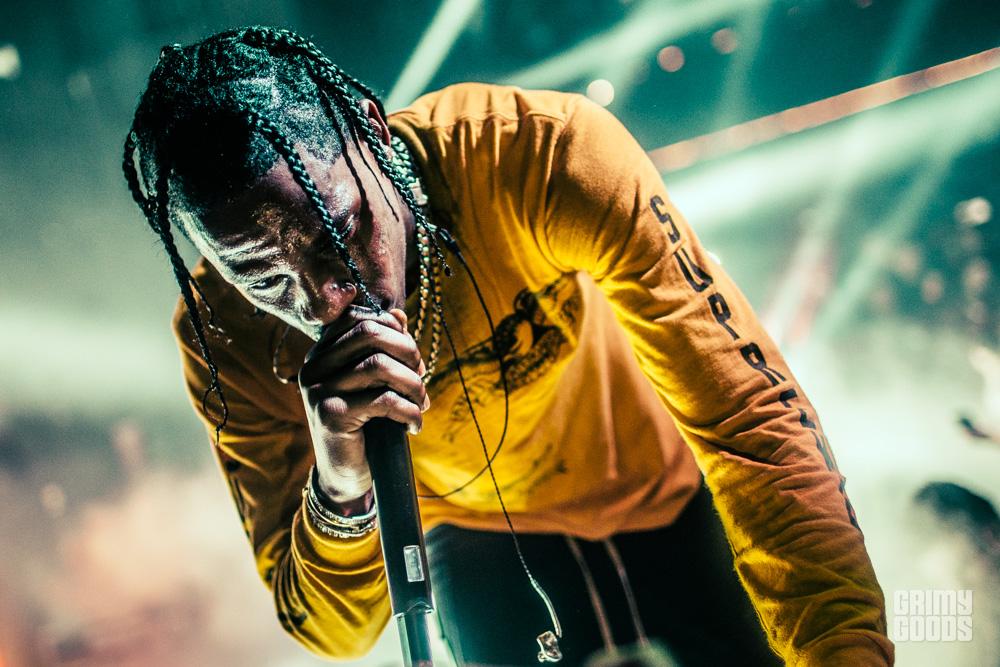 2016 has been… demoralizing. Reviewing the reasons why would be redundant, and quite frankly, triggering. We just want to forget. We just want to hide. But like all times of national despair in history, we can at least count on the musicians of the world to stand by us. Frank Ocean came back. System of A Down sort of promised us another album. And if you happened to be near the Observatory in Santa Ana, CA with a spare hundred dollars, you could say your final “fuck you,” to 2016 in a sweat-soaked mosh pit commandeered by Travis Scott.

In the live setting, Scott channels the crude, angst-purging energy that the punk rock and metal performers that defined fan-driven concerts of previous decades. Every Travis Scott performance features its own unique stage plot, sometimes with barn doors and cacti, other times with animatronic birds and cages. This time, he is armed with giant LCD screens, his trusty DJ Chase B, and a treat for the musicians in the crowd, Mike Dean. Dean is known for his work live and in-studio with Kanye West, but also produced almost every Travis Scott album cut to date, and tonight he stood behind Travis to bring his droning electric guitars and lush Moog synth licks to life.

Scott jumps and flails and grimaces at the audience like an action figure come to life. Almost no other hip-hop artist in history has been capable of a live show as cathartic as this one, because no artist has ever done hip-hop like him. In person, the ground-shaking 808s and primal chorus chants of Scott’s latest album, Birds in the Trap Sing McKnight, occupy their natural habitat. There is an energy to his signature flavor of trap music that echoes hardcore and metal, not musically, but in its reckless spirit. This is the sound of the future. 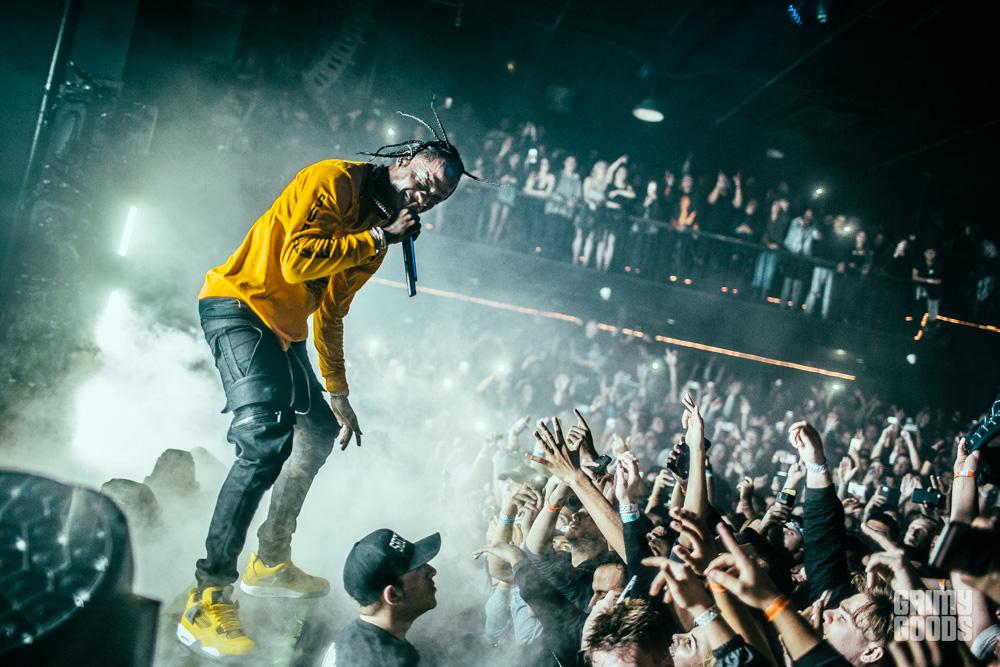 At a Travis Scott concert, the audience is just as much a part of the entertainment. Pausing between songs at one point to demand that everyone on the floor flash a middle finger at those on the venue balcony, he began coercing one fan to jump down into the lower crowd about 20 feet below for a chance to enter the stage. After chilling hesitation, he dropped into the pit and made his way onto the stage, where Scott paid his respects and gestured him to crowd-surf, to which he obliged immediately. During “3500,” he handed his microphone to a young woman in the front, who screamed the entire first verse through his auto-tuner. The pit of any Travis Scott show sees more moshing and shoving than most hardcore events, and this time at the Observatory, a full year’s worth of suburban frustration was released via elbowing and body-slamming.

Finally, as the sardined mass of fanboys and (quite few) girls counted down to zero at 11:59 p.m. with Travis, he doused the front row in champagne, a cloud of machine-made fog obscured the entire stage, his silhouette began to re-emerge in the lights, and “Antidote” began. The amount of fans bellowing every single lyric nearly drowned out the sound system. Travis connects with his fans the way today’s convoluted me-generation musicians can’t, so that these hype-beast teenagers, wearing $150 t-shirts because they just want to know what greatness feels like, are able to collectively transcend via music like they never have before.

Somewhere in Orange County, in the final hour of this pretentious, style-over-subtance year of American music, one could witness a cluster of young people that truly, genuinely love something. Travis, being one of them himself, stands among us as a reminder that there is hope for our lost youth, even tenderly stating “I think we’re all going to be successful in here,” at the end of the set. All things considered, there was conceivably no better artist to share the start of the year with as an anxious millennial. 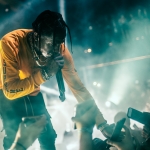 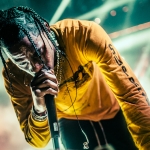 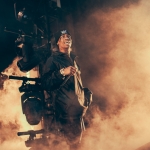 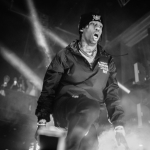 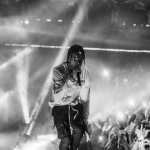 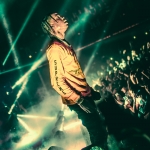 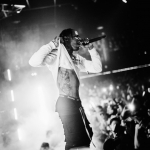 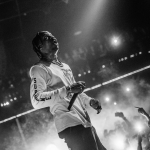 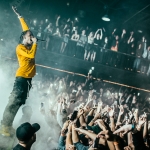 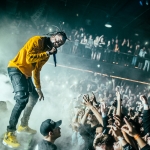