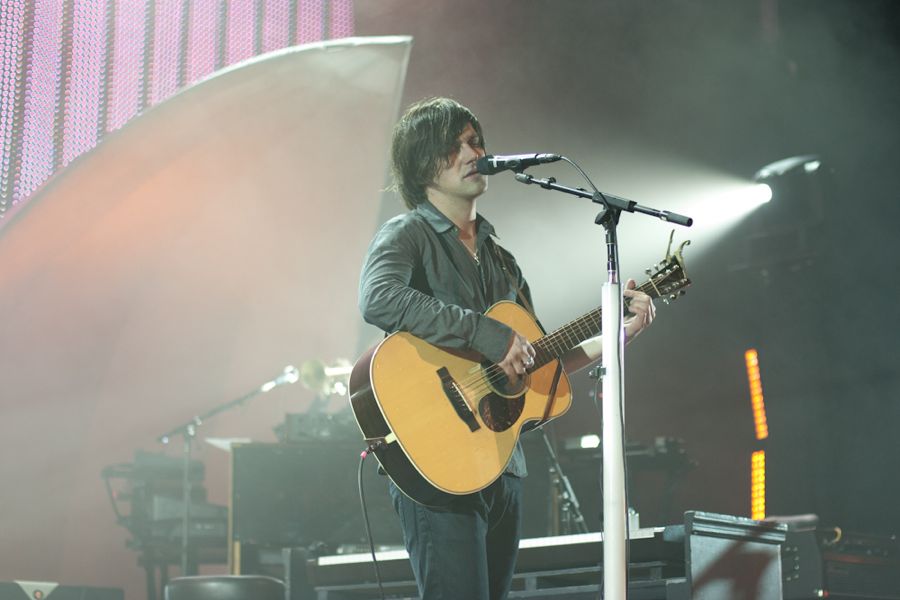 Additionally, Salutations includes full band versions of the ten songs from Ruminations, plus seven additional songs, some from an additional session at Five Star Studios in Echo Park in fall 2016. You can pre-order Salutations here. Pre-orders will come with immediate downloads of “A Little Uncanny,” “Tachycardia,” and “Napalm.” For a limited time, pre-orders also include an exclusive print autographed by Conor Oberst.

At Conor Oberst’s Greek Theatre show and all other tour dates, Oberst will perform with The Felice Brothers as his backing band! View a full list of tour dates below.

PRESALE:
There will be a pre-sale for Conor Oberst at the Greek Theatre. The pre-sale will kick off on Thursday, Jan. 19 at 10 a.m. To access the pre-sale, use the following password: GREEK2017 or RUMINATIONS.

GET TICKETS TO CONOR OBERST AT GREEK THEATRE LOS ANGELES