Future at The Forum by Andrew Gomez

This past Friday fans piled into The Forum earlier than usual to witness Future’s Nobody Safe Tour. Future treated his fans with big name openers such as A$AP Ferg, Tory Lanez, and Atlanta’s very own Migos.

The first big opener A$AP Ferg took that stage and immediately jumped into the crowd and performed his entire set from the GA floor and upper mezzanine stands. The Trap Lord performed hit after hit like “Work,” “Shabba” and one of his new tracks “East Coast.”

Tory Lanez was the next opener who mixed hip-hop bangers with smooth R&B. This wasn’t a typical Tory Lanez set, instead of him crowd surfing and hanging from the roof of the venue he performed strutting left to right engaging with both sides of the crowd but didn’t turn up as much as Ferg did.

The Forum was finally completely packed waiting for one of the most influential rap groups in the game right now. The arena completely goes dark and glitches start to appear on the LED backdrops with DJ Khalid’s vocals from the song “Culture” in the background anticipating Migos’ appearance. A few moments later members Quavo, Takeoff and Offset take the stage and turn tf up! Migos hammered through hits off their latest album CULTURE like “Deadz,” “What The Price” and “Kelly Price.” Unfortunately the show was running behind and Migos had to end their set early but not before playing one of their most hyped songs “Bad and Boujee.”

Finally, it was time for one last turn up set with Future who’s been on a hot streak coming off two projects Future and HNDRXX. The man of the hour made his entrance rising from below the stage to the top of a steel staircase sporting a yellow leather jacket. He crept down the steal stairs to make his way to his mic. As the beat dropped for “Draco” people lost their shit. The first portion of the show, Future held down the stage all by himself racing through his most recent tracks “Good Dope,” “Rent Money,” “Super Trapper” and “Thought It Was A Drought” and also brought out 21 Savage and ScHoolboy Q. This is when things really got interesting, Future brings A$AP Ferg back out to perform their collab track “New Level.” Just when fans started to feel they’ve seen it all from the Trap Lord A$AP Ferg, Tory Lanez, Migos, 21 Savage, ScHoolboy Q, Future had another surprise in store for us. A very familiar Metro Boomin-produced track leaks out of the arena’s speakers and before fans can even react Future brings out Drake and they both perform the collab “Jumpman.” Drake went on to knock out his own short set performing More Life tracks “Gyalchester” and invited Quavo from Migos out to perform “Portland.” What a time to be alive. Future ends an epic night with “Mask-Off” and descended back beneath the stage.

Tory Lanez at The Forum by Andrew Gomez

Migos at The Forum by Andrew Gomez

A$AP Ferg at The Forum by Andrew Gomez

More Photos of Future, A$AP Ferg, Tory Lanez and Migos at The Forum! 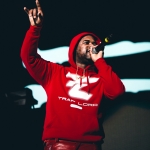 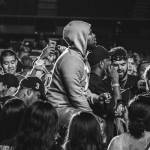 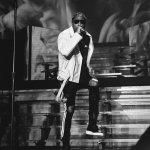 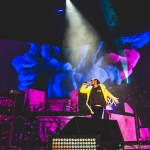 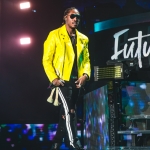 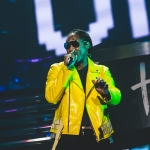 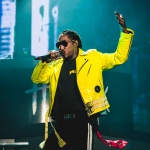 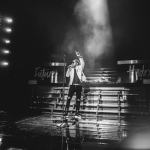 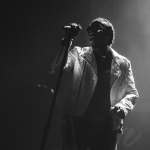 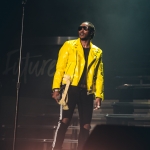 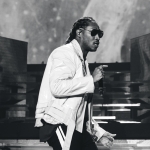 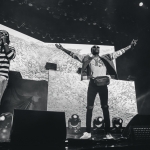 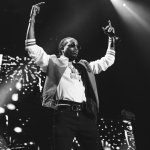 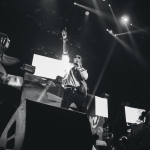 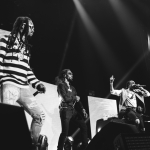 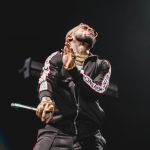 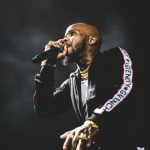 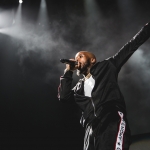 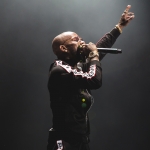