Returning for its second year to Exposition Park and the Los Angeles Memorial Coliseum, day one of FYF might’ve been a hot one but the night’s lineup of acts was just as sizzling as the pavement. Despite a few rough time conflicts and having to once again tough it out with having to walk around the entirety of the coliseum to sometimes catch your next performance, the festival featured a larger number of refreshment and food vendors spread out along your path to survive the constant walking from one stage to the other. Craft cocktails, soft serve ice cream, that solidly priced spicy pizza that’s at every music festival, FYF might’ve had some weird and delicious creations for fans to enjoy in between sets, but the festival has always been a bare-bones purist amongst its peers. At Fuck Yeah Fest it all revolves around the music and everything else is a very distant second. This year’s expansion into a three-day event placed its acts under the microscope, leaving the full weight of the afternoon and finale on the backs of just one or two artists. Friday was a day of misfits and cult-followed giants, led by its two female headliners Björk and Missy Elliott, both of whom effectively shut down the main stage and whose performances will overshadow the rest of the weekend.

St. Louis singer/songwriter Angel Olsen graced the Lawn stage just as the sun began to set, casting the affecting enchantments of her lilting indie-folk across the sea of faces gathered at her feet. By no means a guitar-driven band, Olsen and company prefer to let her virulent croons take the melodic forefront, but that didn’t stop them from taking the second largest stage at the festival by the horns and busting their brash sonics through its speakers. From the captivating way Olsen blossoms in her wilting optimism on “Unfucktheworld,” to her wild vocal thrashing on “Shut Up Kiss Me,” the crowd ate up every morsel in a soft stillness. FYF has a great habit of taking talented singer/songwriters and going against the grain of other festivals and placing them out in the open to wrap up the sublime emotions floating around in the air. The sun was just setting and the festival was ripe for its more combustible performances–but Olsen’s cuttingly melancholic murmurs at sunset are where it all started.

Anderson .Paak and the Free Nationals at FYF 2017 by Steven Ward

Anderson .Paak and the Free Nationals were the match and the explosives that set off FYF’s evening festivities, taking their slot on the Lawn stage and treating it like a headlining appearance. Backed by his phenomenal band, .Paak took the stage with all the swagger and gusto he’s gathered cutting his teeth throughout the releases of his first two albums. A wild blend of genres, .Paak is hard to pigeonhole but live its undoubtedly clear that the man is a rock star in his own right and when he takes the stage he is as provocative as he his poetic. Leaping, dancing, spinning, the man has a lot of the same wildness to his sets as Childish Gambino or Chance the Rapper, giving his words an extra kinetic “umph” by sprinting around with skittish intensity. Grooving, moving, and bumping along to the heady bass and drilling beats flowing from the stage, every song was a switch-foot in his repertoire but every song infected you down to your molecules with its texturized funk.

Flying Lotus promised 3D experience was one of the biggest anticipations for the day, with glasses being handed out at the box office and throughout the minutes leading up to his set on the Lawn stage. With the fad of 3D technology waning it was a tentative notion at best that the incorporation of it into a live concert would be anything mind-blowing, but from the moment the entire crowd put on their glasses to the moment his set was over, mouths laid agape. The visuals weren’t life-changing, but they did add a layer of surreality to Flying Lotus’ already inter-dimensional tones, which he conducted from behind an alien-like podium. Wild visuals burst from the screen behind him as lasers shot outwards to screw with the eyes behind the 3D glasses, and all the while Flying Lotus managed to remain at the reins never giving too much weight or reliance on the visual experience. If anything, his music is a sensory experience that demands you put yourself in a glass bowl and isolate yourself from the world around you–and to that end the glasses certainly helped, but regardless the atmospherics and synth-powered rushes were more than enough to subdue the crowd. All you could really see of Flying Lotus was the small silhouette of his head behind his weirdly fleshy stand, but from there the DJ unraveled time and space with his psychedelic electronica.

It’s a strange thing to only see two performers set to make appearances on the main stage of any festival, but FYF’s growth to three days meant just that. Even more so to realize that the main stage was just sitting there all day unused until Björk’s majestic appearance late into the evening and longer after the sun had set, but when you have an Icelandic alien-princess descending on your stage, you probably need that much time to prepare her throne. Backed by a full string ensemble and building the suspense to a palpable anxiety with a near ten minute instrumental–when Björk finally took the stage people became unhinged and started screaming, a few even driven to tears. Dressed about as spectacularly as you’d expect, looking like one those tissue paper fluff balls you see at parties, but obviously a billion times more magical than any person should, Björk minced no words and began to cast her spell over the crowd with that otherworldly howl. Euphonious and ethereal in every way imaginable, the strings backing her a wave orchestral wonder on which the singer gracefully floated down to where us mere mortals stood in awe, for all the exaggerated attempts to hyperbolize her art it’s truly a beautiful thing to be immersed in live. Operatic in nature and emotional grandiose, Björk’s experimentalism blends together with her gorgeous visuals that explode in technicolor behind her on a huge screen–at one point playing the 360 degree virtual reality video for her song “Stonemilker” from Vulnicura behind her. Watching the Björk onstage howl along to the words as the Björk in the video danced along the secluded, alien-esque beauty of an Icelandic shoreline is a visual that should and will remain imprinted in the minds of everyone lucky enough to be there to witness it.

Missy Elliott might not have been the last performances of the night but she definitely played like she was, shutting down the main stage and opening up her set in the only way the legendary R&B singer and rapper could have: a magic trick. After a montage of her career flashed on the large screen onstage and her back-up dancers began to take their places, a large glass case was rolled out onto center stage and opened to reveal its empty contents. It was then closed and as smoke filled the stage floor it was reopened to reveal Elliott in a blinged-out reflective outfit as she jumped out and opened up with “She’s A Bitch.” Noted by Elliott herself during her performances, it was her first concert in the states in over a decade and her supa dupa fly return was beyond overdue. Rallying fans around her endless tracklist of hits, Elliott gave fans a stunning twenty-three songs for the time and money, running through tracks and spitting verbal daggers as the veteran performer danced alongside her dancers. Still rooted in the performance art of 90s era MTV artists, Elliott’s set wasn’t just a throwback because of the songs but in the way she runs her stage. Crowd interaction is key and it wasn’t a rare thing for her to walk down the steps of the stage to sing with her thousands of fans, yelling at the top of her lungs for the location of all the people who’d been with her since day one. Entertainment was another big one, tossing some light humor here and there throughout her back-up dancers’ routines kept it light, at one point having a young man in a red speedo roll by on a hoverboard. 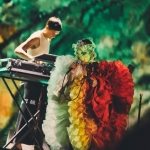 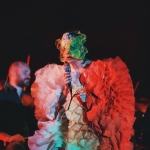 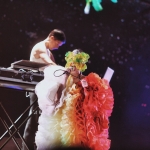 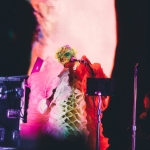 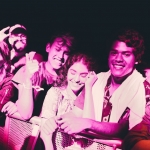 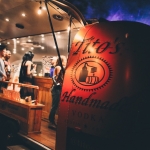 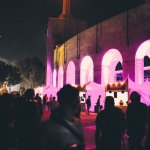 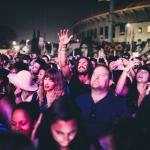 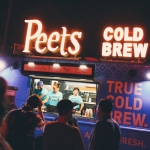 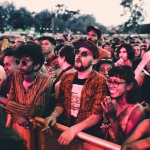 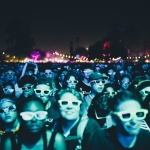 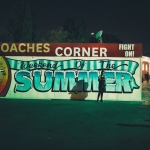 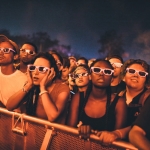 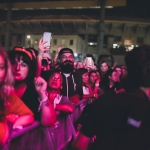 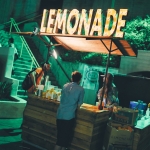 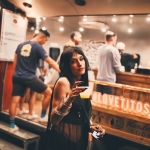 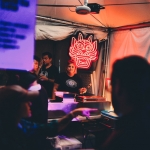 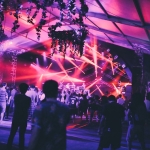 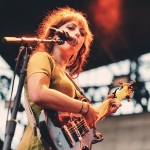 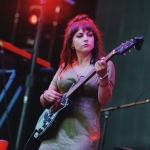