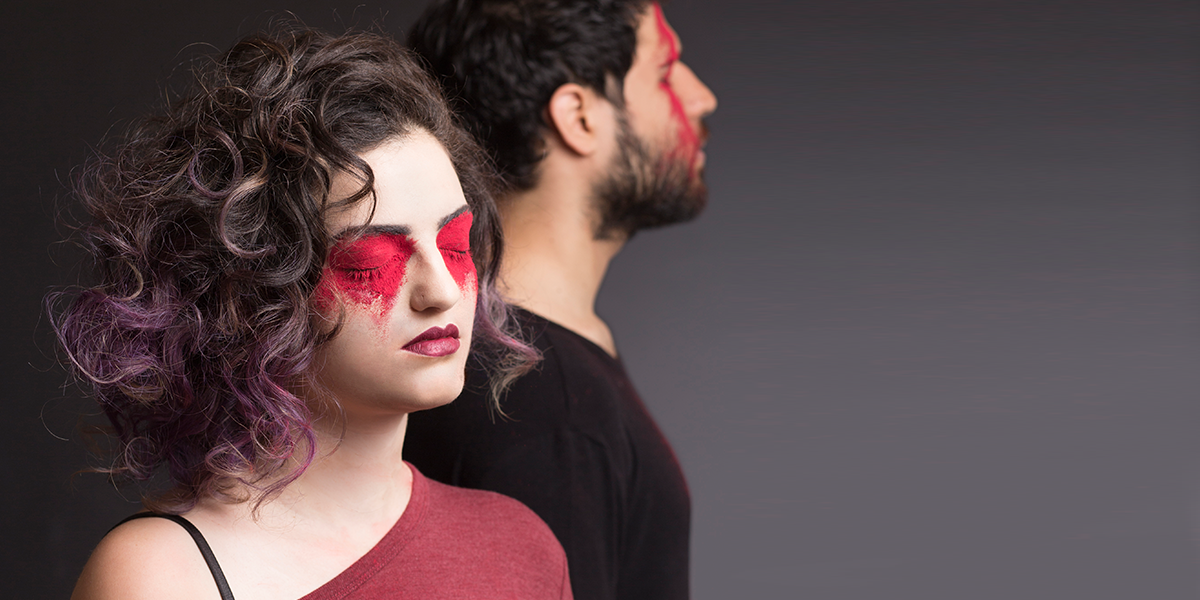 Taking their resonating alt-pop tunes to a remote village of Dzembronya, Ukraine, duo Grace Blue bring to life their own personal restlessness in the new music video for “Our Eyes.” Now based in Los Angeles, both Grace Mogz and Joseph Arazi met in their hometown of Tel Aviv and share a penchant for upbeat, synth-peddling pop pieces. The video uses the backdrop of a humble village for the duo’s budding existentialism, eliciting from their vibrant sound a moving anxiousness. “Our Eyes” is the first true release by Grace Blue and is taken from their self-titled debut EP which was just released on July 24.

Swirling with the same bass teetering movements that texturize “Our Eyes,” the duo’s EP wanes back and forth against a darkly melodic energy that is further accentuated by Mogz’s hauntingly open vocals. The five-song debut opens with the glittery “Wasted Youth,” an anthem made-up as much with shimmering as it is with Mogz’s effervescent vocals. Waxing nostalgic on everything from romantic love to self-identity, the duo takes a certain midnight sentimentality with their songs that are dipped in alt-R&B drum beats. “Nowhere To Go” lets itself bask in the glow of Mogz’s soothing vocals, while “Fix Itself” dims towards a seductive melancholy that bounces around to a variety of percussive backing. But it’s the final song on the EP that really dives into the duo’s seemingly endless pool of entrapping moodiness and leaves behind any sense that Grace Blue might be just slipping into the mold of current alt-pop triteness. “Second Guess” takes all aches and growing pains of the band’s expansive temperaments by rooting them in an open soundscape that oscillates with murky tenderness stranded alongside coy, synth-percussive beats. Caught somewhere between a coldly vibrant affection that commandeers their lush ballads, Mogz and Arazi move in a vein of evocative melodic gushing that echoes the emotive depth of the likes of Banks and Lykke Li.

“The making of this EP was such a huge challenge for us, we went through so many crazy things during the making of it.

I’ve also had a lot of struggles with myself, dealing with my own insecurities and doubting myself along the way, but now, when we listen to the EP- we’re so proud, it just feels like it represents varying periods in our lives…”

Grace Blue has a local LA date coming up on August 2 at The Mint, tickets are still available here. Visit their website and Facebook to stay updated on future releases and tour announcements.

Watch the video for “Our Eyes” below!