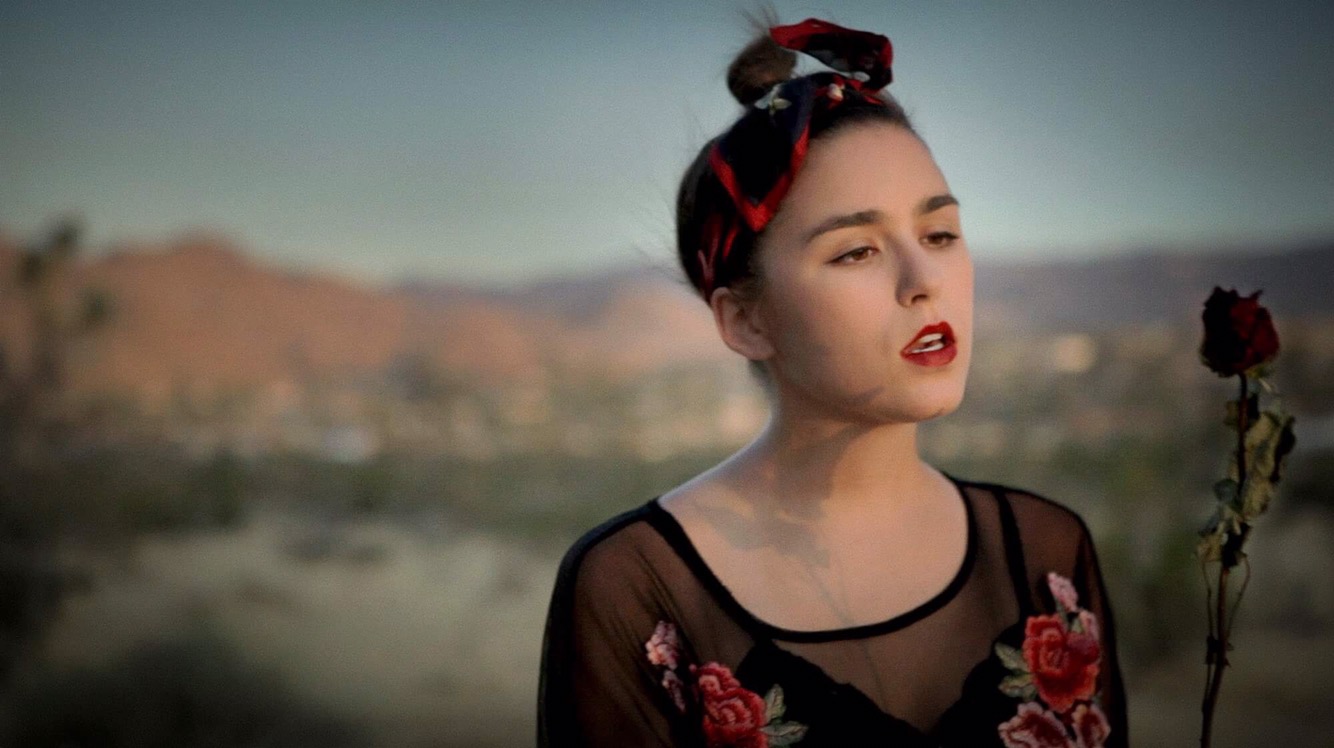 Susy Sun might be an unfamiliar name at the moment, but the Los Angeles-based by way of Seattle singer/songwriter/pianist’s delicate croons are about to become an end of summer playlist staple with the music video debut of her song “I Can’t Wait To Get Your Clothes Off.” A lilting hymn about the nubile moments of a new infatuation, the song wanes to and from between Sun’s breathily euphonious vocals and steady guitar strums and tambourine jingles as she nurtures her growing love in the dry Joshua Tree landscape. Filmed with Swedish filmmaker Henrik Christoffersson, the dreamy desert landscape puts an eerie spin on Sun’s ditty on love. An overwhelming emotional tenderness pours itself effortlessly from her singing, enveloping her vanilla lyricisms with an assuaging intimacy–sincere and fetching songwriting is hard to come by and Sun seems to exhale it with every note.

“‘Clothes Off,’ simply put, is about infatuation. As we all know, infatuation can be a confusing thing. A series of chemical take over in our brains making us believe that we are in love,” Sun said about her song. “

Shot in the iconic Joshua Tree, the video plays on the idea of infatuation and its reality. The dream like shots combined with the actions of planting dead roses, watering them in an attempt to bring them back to life, and the final revealing scene, flirt with what’s real or make believe.”

Susy Sun has a residency this month at the Sassafras Saloon in Hollywood, playing every Wednesday at 9:30 pm. Visit her Facebook to stay updated on future releases and tour announcements.