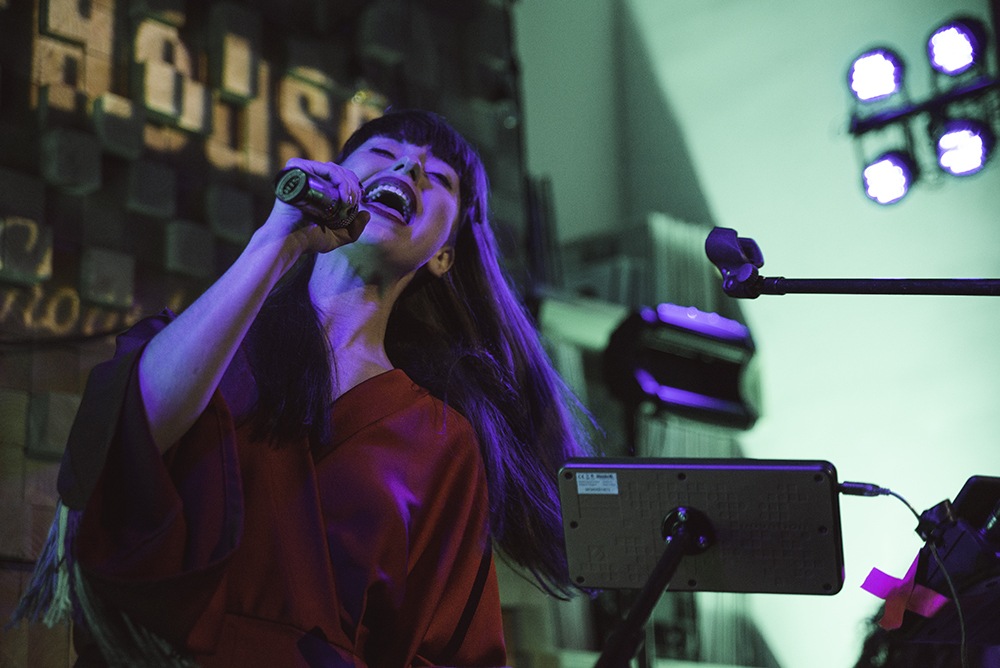 The music scene on the west side is finally getting the respect it deserves through the Winston House party series. Based out of an actual house around the corner from Abbot Kinney, Winston House began in 2015 “with the mission to support young creatives by giving them couches to sleep on and weekly events to meet like-minded people,” according to their website. Since then, they have taken the logical next step in hosting a living room concert series. Past performers have included Justin Bieber, A$AP Ferg, BØRNS, and Young the Giant, so one could say this is typically a star-studded affair. This past Monday night was no different, featuring the talents of newcomer Molly DeWolf and former Angeleno, Kimbra.

After squeezing myself into a corner near the front, the venue’s permanent resident Corey McGuire took the mic to introduce our musical guests. Molly DeWolf, he declared proudly, was one of his favorite new acts, there to perform her very first show in Los Angeles. Once everyone grew silent, DeWolf began a stripped back set showcasing her forthcoming self-titled EP. Her voice has a ferocity to be reckoned with; it shone alongside simple piano accompaniment. She enjoyed giving each song some context: “there are plenty of songs about love and heartbreak,” she told us, but not enough about the awkward stage just before going steady which was the basis for “Low Down.” Her final track of the night–called “8 Seconds” and premiering on Grimy Goods tomorrow–was the only where she used an extra backing track, giving the audience a good reason to dance just before Kimbra joined us. 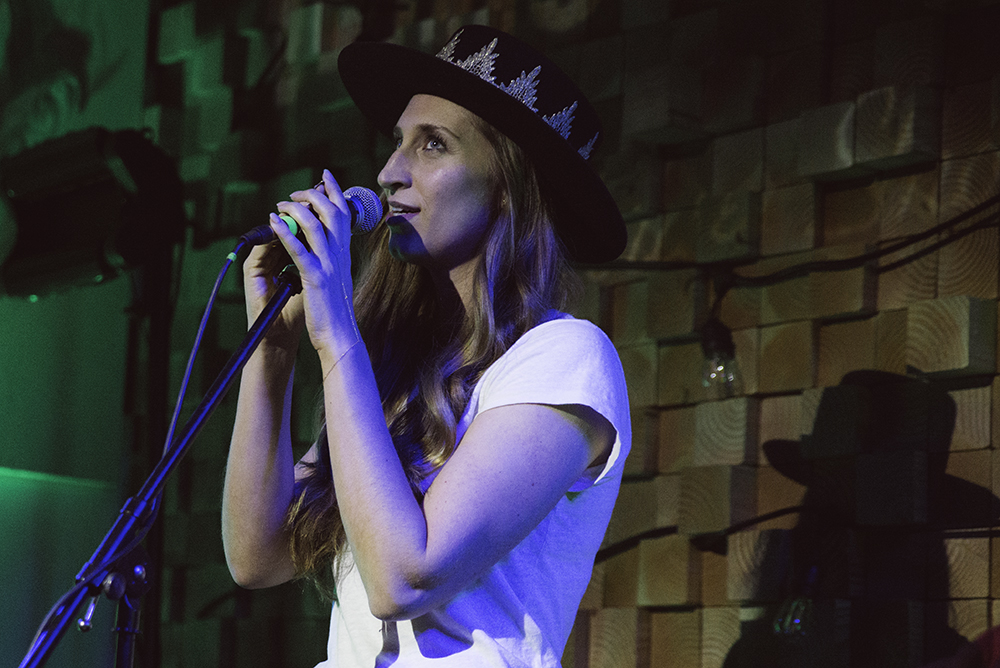 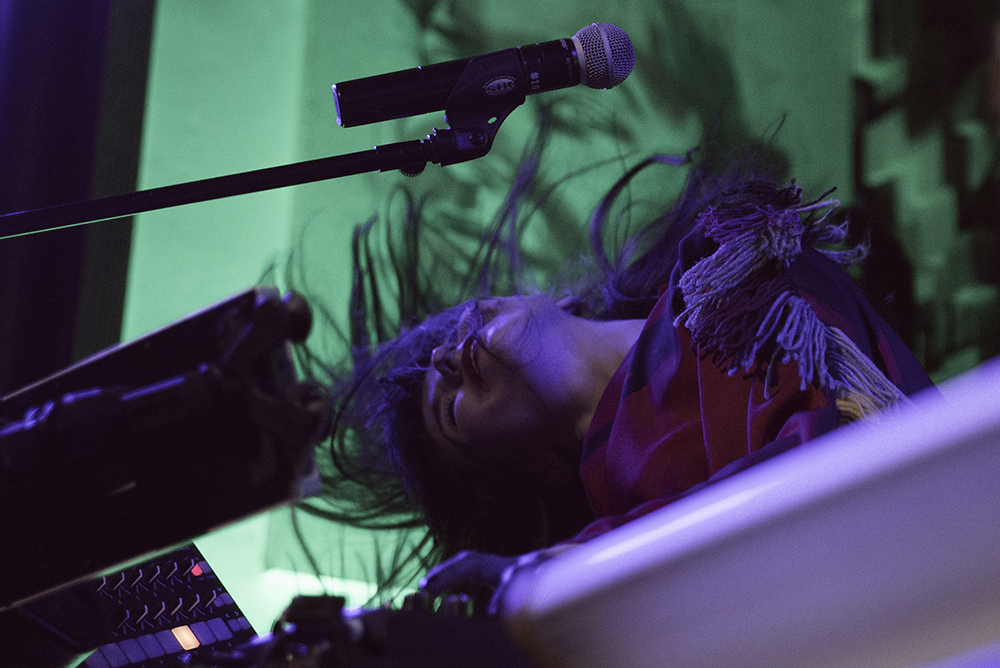 There wasn’t even a thirty second lull between sets when the Kiwi pop star marched in the cramped apartment, sporting a bright red blouse/dress, lined with colorful fringe. She greeted us with a wave and wasted no time jumping into songs from her upcoming record, Primal Heart. If you’ve not seen Kimbra live before, then you wouldn’t understand the power that music has over her. This naturally makes her a fantastic entertainer, allowing her enthusiasm to infect everyone in the room. That sometimes meant she’d bump into equipment around her onstage, as there was barely enough room for even one person up there, much less two. But that didn’t dampen her fervor; once she got to the instrumental bridge on new single, “Everybody Knows,” she completely let loose. Her newest single, “Top of the World,” also proved to be a bouncing jam when heard in a crowd, converting me from the skeptic I was when I heard it initially a few weeks ago. Her short set consisted of only new songs, and, judging from how easy it was to enjoy, her newest LP will be one to look forward to.

Be sure to check back tomorrow to hear a brand new track from Molly DeWolf exclusively on Grimy Goods! In the meantime, follow her on Instagram and Twitter. 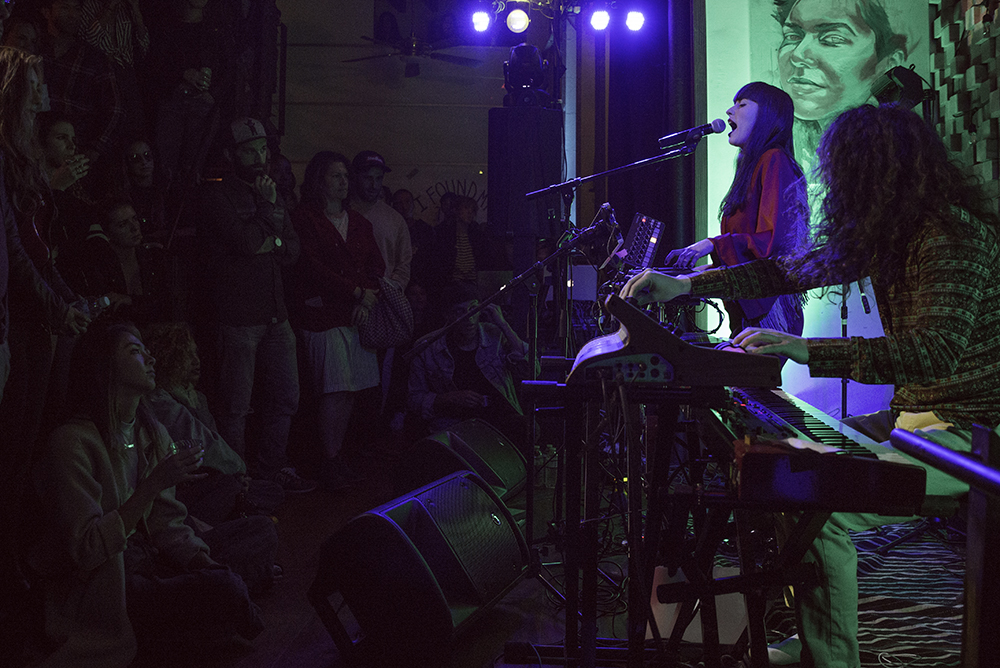 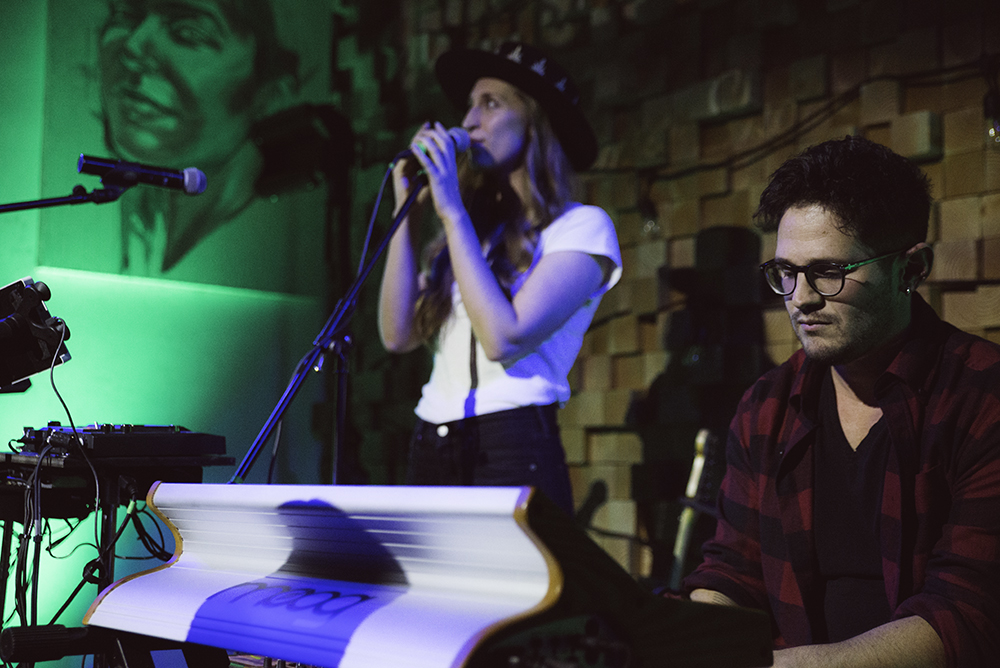