If you weren’t in West Hollywood on Saturday night, you missed out. The Troubadour housed budding Los Angeles star, Phoebe Bridgers. As the final night of her 41-date U.S. tour, the performance was a bittersweet homecoming. Packed tight in the intimate venue, the crowd awaited Bridgers, but got a real sweet start with Texas native Lomelda. The project of songwriter Hannah Reid intrigues. Upon walking onto the stage, the crowd stirred. The petite young woman took center stage with her intricate-looking pedal board workshop set up on a wooden table. Lomelda delicately serenaded the audience and shared her sweeping melodies and storytelling. I personally got lost in the directness of her set. Reid seems to have that raw talent in her songwriting to be so beautifully honest. Much like Phoebe Bridgers, she passes her gaze on what seemed like every person in the room, which only brought everyone that much more in the moment with her. Her latest record Thx is out now via Double Double Whammy.

Certainly cozy, the crowd applauded as Phoebe Bridgers and her band took the stage. Sporting a velvet jumpsuit. The quirky, yet sophisticated 23-year-old picked up her sparkly black Danelectro 56 Baritone guitar and gave out a monotone “What’s up?,” to the crowd. It was go time. The set kicked off nicely with the start to her debut record Stranger In The Alps, “Smoke Signals.” It’s still quite funny to me to hear the crowd singing along at Bridgers’ shows. What seems so personally written about her lyrics is actually so relatable. Saturday night was what I came to figure my 6th or 7th time catching her perform and that crowd participation has definitely grown among new listeners. Bridgers’ music holds such intriguing songwriting that I still do believe just about anyone would be captured by it. Her songs hold such addicting melodies that stick and linger. Still so young, she is very musically wise among her years. Having grown up being awestruck by legendary musicians such as Neil Young and Jackson Browne, Bridgers definitely has that inspiration guiding her own songwriting. Her debut record is still so widely talked about that there really is no way of knowing what more is in store for her career. Having wrote, recorded, and toured with names such as Ryan Adams, Conor Oberst, and Bon Iver, it seems she is paving her way quite well.

After getting going with some of her earliest written songs newly debuted on the record, Bridgers invited friend and aforementioned musician Conor Oberst to the stage to sing their duet “Would You Rather.” Oberst has been making his live duet appearance at most if not all of Bridgers’ local shows which is really cool and helps bring the song to life. Once the duet ended, Oberst didn’t leave the stage so soon. He and Phoebe delighted the sold-out room with a cover of musician Simon Joyner’s “Double Joe”.

Phoebe performed two more of her songs, “Chelsea” and “Demi Moore” before bringing out another special guest and musician, Noah Gunderson. The two just released a beautiful eight-minute melody of both their songs “Killer” and “The Sound” together, so it was only appropriate that the two sang her song “Killer” together.

Phoebe’s between-song banters made the night all the more special as well as it brought her quick indie stardom back down to earth for those couple moments. The practically immaculate musician held the audience in a trance for the duration of the night, who were just completely involved with her performance. Bridgers also shared with us that at age 16 she actually paid the Troubadour to play there! Talk about coming full circle!

Phoebe effortlessly covered the late Tom Petty’s “It’ll All Work Out” and encored her set with two more covers! The first, “You Missed My Heart” by Sun Kil Moon’s Mark Kozelek, is absolutely stunning. She has the song on Stranger In The Alps, which is just such a great listen. To not end on such a dark and sad note, she happily thanked the crowd again for coming and led the band in Sheryl Crow’s “If It Makes You Happy.”

Phoebe Bridgers is touring this Fall with The National and making a local stop for two consecutive nights at the Hollywood Palladium.

Lomelda at the Troubadour shot by Danielle Gornbein 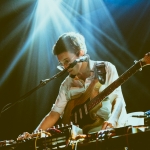 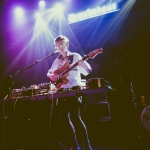 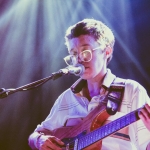 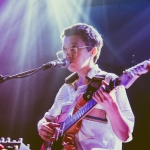 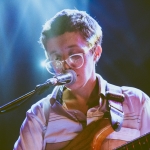 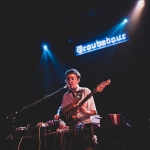 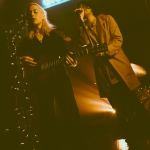 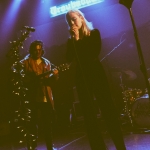 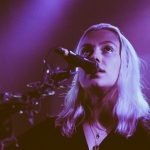 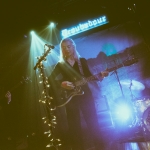 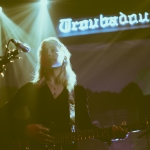 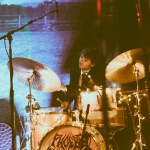 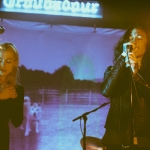 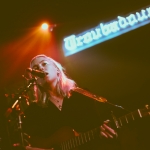 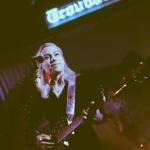 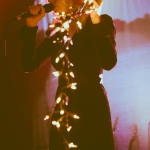 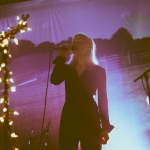 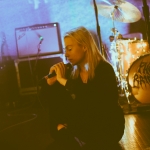 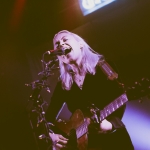