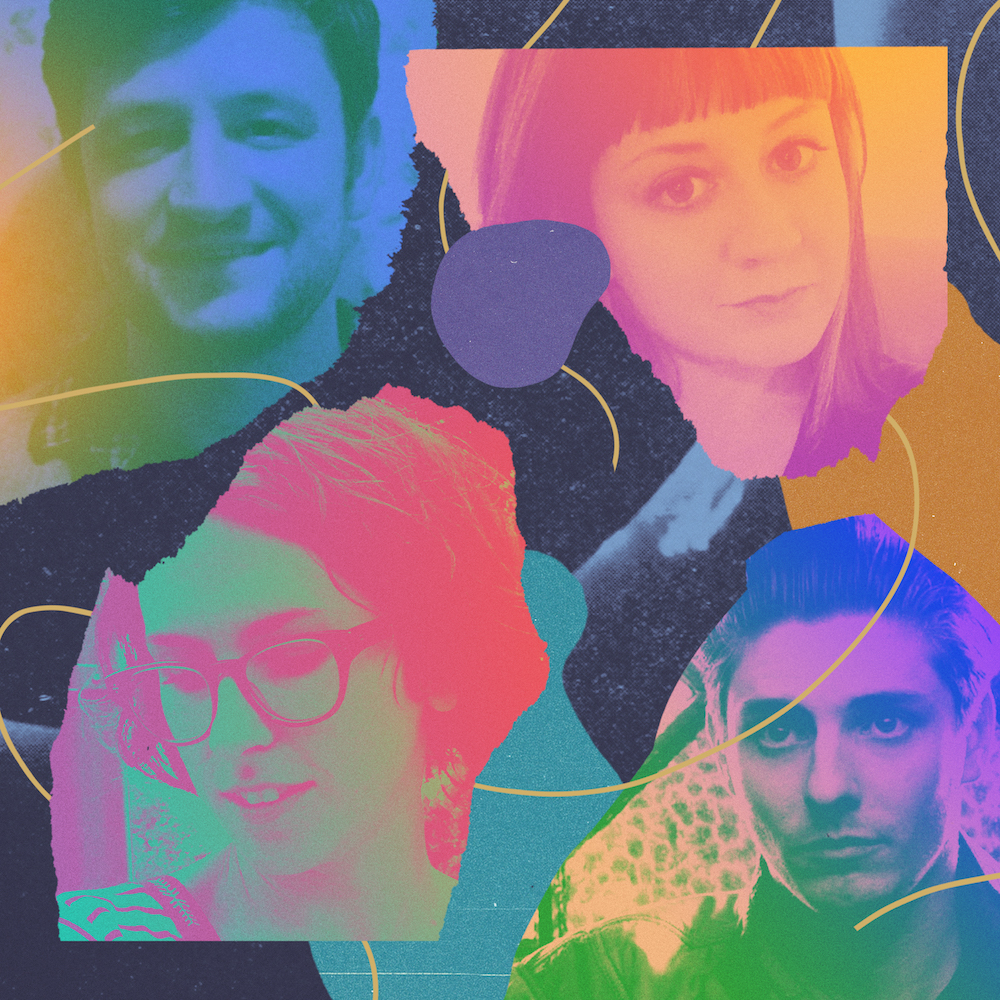 Dragon Inn 3 is finally ready to debut a song that has been in the works for 15 years. Vocalist and founding member of Someone Still Loves You Boris Yeltsin, Philip Dickey, created Dragon Inn 3 with his wife Grace Bentley and his sister Sharon Bowie; the project leans more electronica than rock. The new track “Club Sauce” will satisfy your need for saccharine party riffs, steeped in synths. It will appear on the band’s forthcoming album, Double Line.

“I started working on ‘Club Sauce’ in 2003. I thought it was my catchiest melody but I got scared to finish it because I didn’t want to mess it up. Years later I was working at a small movie theater with my friend Brook and sometimes we would work on songs between movies. I would sell the movie tickets and popcorn and Brook would be in the projection booth. Once the movie started we could work on Club Sauce. But it still took another 6 years to record the final version.” – Philip Dickey

The new single is based on a place that is implied to be real though sounds like a myth. A “Club Sauce” seems to have existed in early ‘90s, tucked in the Southern Hills hosted by the party’s namesake, Greggy Sauce. So the legend goes. Dickey’s takeaway: “I never went to ‘Club Sauce’ but I heard it was like the movie The Sentinel. It’s about an old guy who owns an apartment which is kind of like the gateway to hell.”