illiterates waste no time thrashing to the point with their new single “My Enemy.” In true punk fashion, the track is hard, fast and loud. It bangs with manic drums, fierce guitar riffs and it gets super weird around the 40-second mark. You may feel a bit disoriented for a few hot seconds, but “My Enemy” is quick to inject you back into the rhythm of revolution.

“‘My Enemy’ is a dystopic view of our current state,” shares vocalist Steve Albertson. “Of course there are good thing happening around us, but it’s important to recognize and point out who our enemies are so we can recognize their tactics and fight back: massive corporations who’s mandates of profits over people are destroying the Earth, religious institutions filled with hateful rhetoric, protecting pedophiles and/or is out to steal your money, private mercenary militias and professional murderers in general, anyone who thinks immigrants or any other people on Earth are lesser than them, the racist prison industrial complex and its use of prisoners as slave labor for corporations, career politicians who care more about party politics than their constituents, any government officials pushing for war and/or is at the front lines of the wrong side of the class war… these groups are my enemy and yours.”

Without a doubt, illiterates’ new song “My Enemy” is call to revolution. It’s a protest song that demands progress and change for the better good of the people and this planet. With the midterm elections coming up, songs like this urge you to wake up and vote for someone who actually gives a fuck.

illiterates will release their debut LP Makeout Mountain, produced by Matt McCalvin (Gringo Star, Zoners, St. Pe), on September 7th via Baby Robot Records. The 12-track album is amanic in its explosive punk-rock nature, but it can also be sweet and silly with its throwback rock ballads (as heard in its doo-wop-esque title track).

If you dig bands like Dead Kennedys, Jay Reatard, MC5, Oh Sees and DEVO — you’ll love illiterates. I know we do. 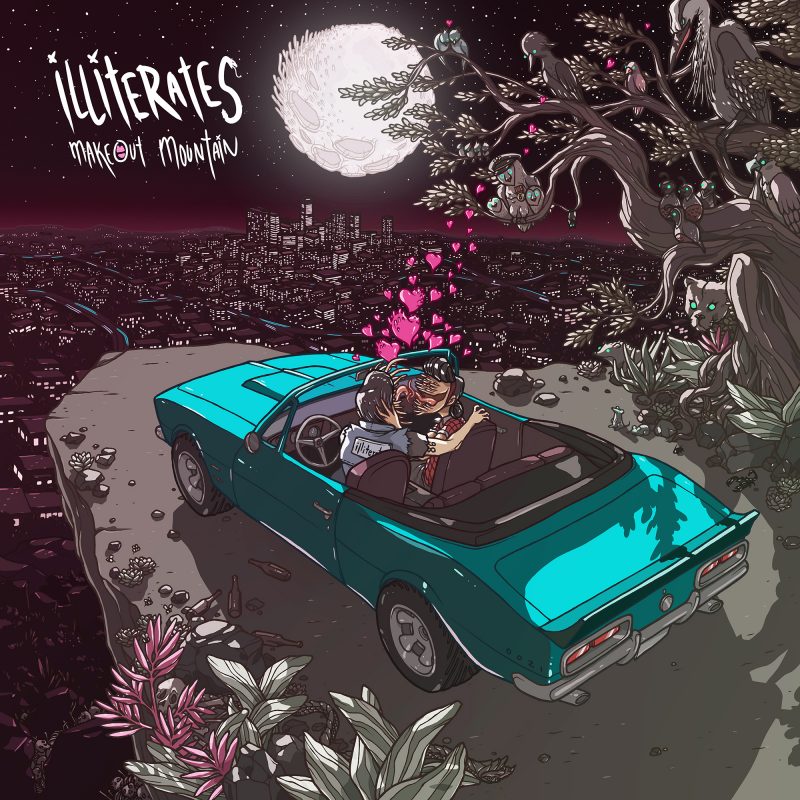