Friday night was a perfect excuse for a dance party at the Greek Theatre. Blood Orange made his final stop along his first leg North America tour. The nearly sold-out show began with good friends MadeinTYO and Empress Of.

MadeinTYO was first and got a solid bit of hype from the crowd. The 26-year-old rapper, Malcom Davis, performed a short, yet sharp set of tracks from his three mixtapes and upcoming record Sincerely, Tokyo. Following MadeinTYO’s set was Empress Of – the moniker of singer-songwriter Lorely Rodriguez. Quickly making herself at home on the Greek stage, Rodriguez brought such joy to her set. The electronic musician had to initially take a moment to unravel her microphone cord so she could dance, but once that was done there was no stopping! Performing originals from her 2015 debut Me, Empress Of shone so bright with her glossy vocals and fun, uplifting energy. We even got to hear a new song “Love For Me” off her upcoming sophomore record Us, out October 19th.

With stars bright in the sky, it was time for Blood Orange. The man behind the project is Dev Hynes. With packed talent, Hynes created a work of art on stage Friday evening and it was simply beautiful. As soon as the lights dimmed and music started, his bandmates took place and the crowd went crazy. After hitting the festival circuit in 2016 following his third record Freetown Sound, the British multi-instrumentalist took time to work on new music which brings us to where we are today. Released this past August, Negro Swan is the fourth and most hitting album by the artist yet. On the record, Hynes reflects on the themes of black depression and his own childhood in London. The whole record is a sort of diary of whereas his other releases were simply him making good music.

Opening the set with one of the singles off the record Saint, the vibes were ever-real. From beginning to end, Blood Orange took the Greek on a journey through Negro Swan with hints of the previous records to balance it all out. Dev Hynes is such a master at his craft. While gliding around on stage in his squeaky sneakers, he showed off his sharp moves and confident attitude laced with the biggest smile. Whether he was behind the piano or center stage with his guitar, Hynes manifested the purest form of emotion one could possibly have and he captivated the audience. While performing another jam off the record, “Charcoal Baby,” Dev brought it home with his insane guitar chops. As mentioned in interviews reviewing the new record, Hynes informs on the various vinyl effects he’s concocted on this specific track and it ultimately warps the sound at different speeds, which in short is amazing!

The audience stayed on their feet the entire night. Empress Of did grace the stage once again as well for her fun dance track with Blood Orange, “Best To You.” I can’t remember the last time I danced so much at a show! It’s no secret that Dev has collaborated with loads of artists of different genres throughout his career and his producing expertise shows so well through his own work.

Stating he doesn’t talk all that often at shows, Hynes did address the crowd at the end of the night despite his anxiety and self-proclaimed awkwardness. He was blown away to perform at such a beautiful venue and expressed the truest gratitude.

Empress Of at the Greek Theatre shot by Danielle Gornbein

MadeinTYO at the Greek Theatre shot by Danielle Gornbein 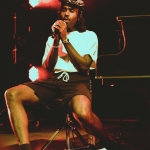 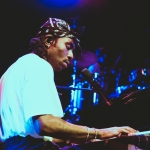 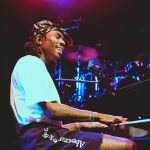 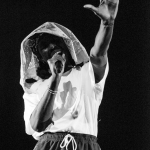 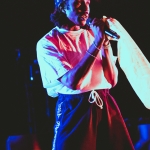 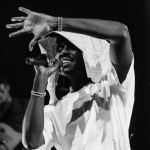 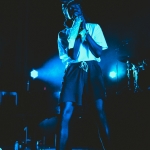 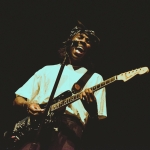 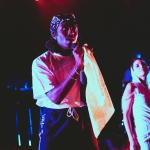 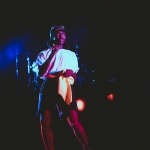 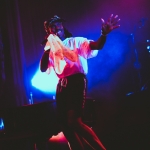 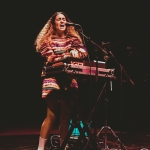 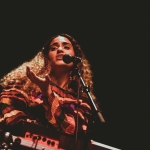 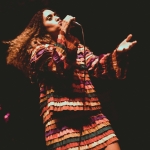 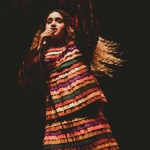 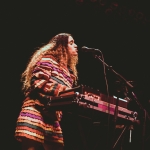 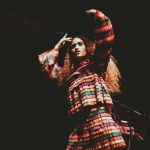 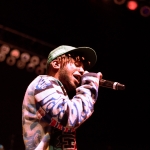 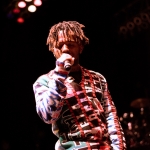 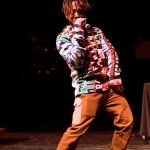