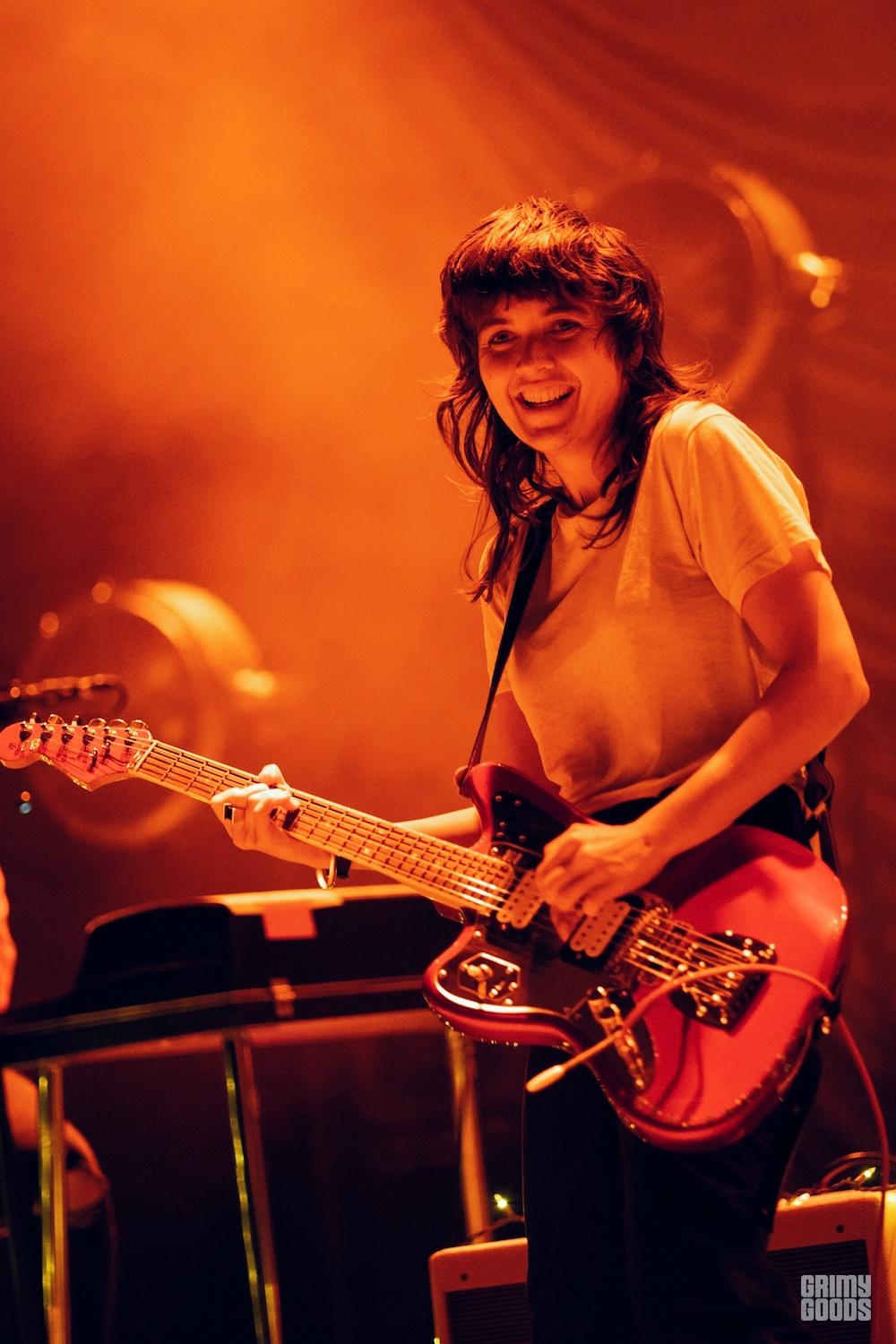 There’s a moment at the end of, “Avant Gardener,” a sleek monologue hitched to the back of a drowsily giddy guitar melody by Australian singer/songwriter Courtney Barnett, that never fails to thumb its way under the skin and tweak the heartstrings. “I’m not that good at breathing in,” Barnett wails tiredly into your ear. The line drops absurdly, almost comically, like an anvil from the sky onto your chest. After all, what more fundamental, effortless, and infinitely essential thing could someone be poor at than the act of breathing? It always manages to catch me by surprise in the form of a knot in my throat — but it doesn’t exactly come out of nowhere. “Avant Gardener” is bathed in a melancholia that Barnett lets drip, at times in a bitter amusement, throughout her song. She lets it soak everything from the warbling melody to the clever tongue-work it requires to let words like “emphysemin” and “psuedoefedryn” roll glumly out of her mouth — before wringing it all out in that final echoed line.

Barnett obviously has a knack for taking the mundane of Monday morning gardening turned ambulance-ride and transforming it into something touching. “Avant Gardener” was the song that launched her into the early limelight before the release of her debut Sometimes I Sit and Think, and Sometimes I Just Sit, and it was also one of the three songs she chose to open with Friday night at the Greek Theatre. Touring now for her sophomore record Tell Me How You Really Feel, Barnett continues to find reasons to shred and wail in that woozy croon of hers.

There’s the fiery “I’m Not Your Mother, I’m Not Your Bitch,” where she lets her voice crack unabashedly as it crashes against sizzling hammer-ons and head-through-the-wall percussiveness. While songs like “Charity” and “Crippling Self Doubt and a General Lack of Self Confidence” owed themselves fully to Barnett and company’s spry buzz of guitar-bass exchanges. But in truth, Barnett found a moment on nearly all of her songs to stagger around onstage, swinging her long legs as she ripped into her guitar before standing up-right and bending backward, pointing the neck of her instrument into the sky as tussles of brown hair whipped around her face.

That hot-blooded passion wrestled often with Barnett’s innate pensiveness, never fully subduing it but instead invigorating it into a deeper sentimentality. The blisteringly hot-licks of “History Eraser,” a romantic odyssey of some of Barnett’s best imagisms, tapped into this mixture in a delirious fashion. And crowd favorite “Elevator Operator” similarly propelled itself on a heady combination of existential angst and a foot-stomping medley, one Barnett encapsulated rather brilliantly in another one of her one-liners: “I’m not suicidal, just idling insignificantly.” 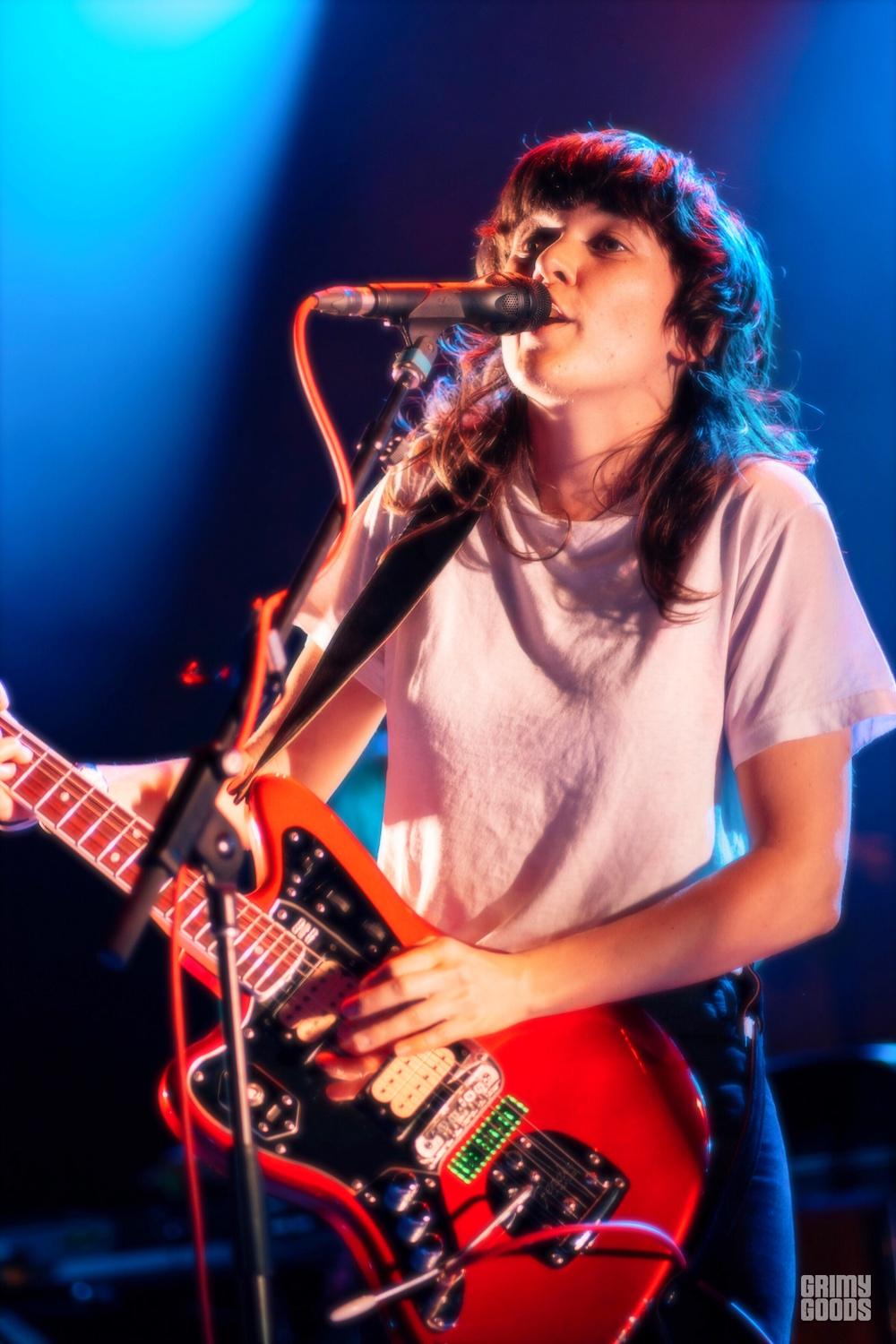 But for all her tempestuous, fingerstyle guitar-playing it was the dually humorous and poignant lyricism of her songs that seemed to weigh heavy on the crowd throughout and long after her performance. Just like with “Avant Gardener,” it’s not just the cutting final word that carries the bulk of Barnett’s emotional pressure, but the little narratives she zigzags a path for along the way. Tucked into the sublime textures of bluesy, folk-inclined pieces like “Small Poppies,” or the shrieking guitar lines and howls of “Pedestrian at Best,” are moments of such vivid emotionality that amble purposefully from Barnett’s mind as quirky oddities. Visions of suicidal seals, Irish wolf-hounds with French baguettes on their neck, and a particularly tender line in the sweetly depressing illustrations in “Depreston” of a hand-rail in the shower are emblematic of the kinds of imagisms she fills her songs with — bathing the unfamiliar in familiar emtoion.

But that mostly introspective style has thrust itself outward with Tell Me How You Really Feel, which has seen Barnett tackle her newfound exposure with questions of self-confidence and honesty in her songwriting. Sure, she clearly has had no problem transitioning from the guarded intimacy of clubs to venues like the Greek Theatre, but it’s also easy to see Barnett’s quiet presence between songs onstage as an almost bashful shyness. It’s not that she’s uncomfortable, but it’s obvious that she’s not there to bask in the stage-lights for any longer than it takes to sing her songs — that’s the reason, of course, why she’s there. And while that kind of reluctance accentuates her authenticity, it’s also revealed a burgeoning confidence. Barnett, after all, has plenty to be proud of: besides being a breakthrough singer/songwriter, she has also founded her own record label in the form of Milk Records and cultivated a successful side-project with Kurt Vile.

Two albums in and the Melbourne singer remains at peak form, while onstage she polishes the humdrum of life with a bit of conversational spitshine and riff-heavy elbow grease. She might not be coming out swinging with Tell Me How You Really Feel, but the inwardly directed passiveness of her first album seems to have been traded in for a refreshingly bold self-assurance. Case in point in her dealing with critics. “I could eat a bowl of alphabet soup / And spit out better words than you,” Barnett sings, recounting an internet commenter’s critique of her music on “Nameless, Faceless.” Between  sharp commentaries on the stark contrasts between the gendered-concerns of men (getting laughed at by women), and women (being killed in the park), she offers her reply: “But you didn’t.” 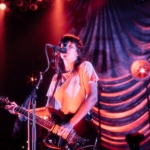 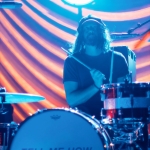 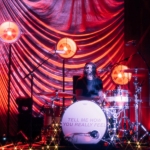 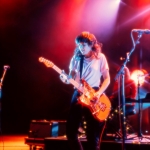 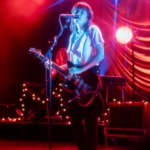 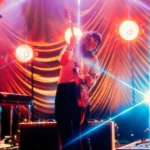 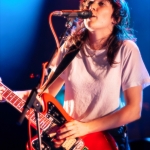 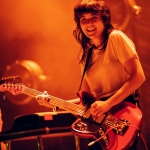 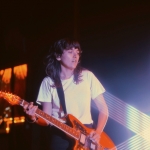