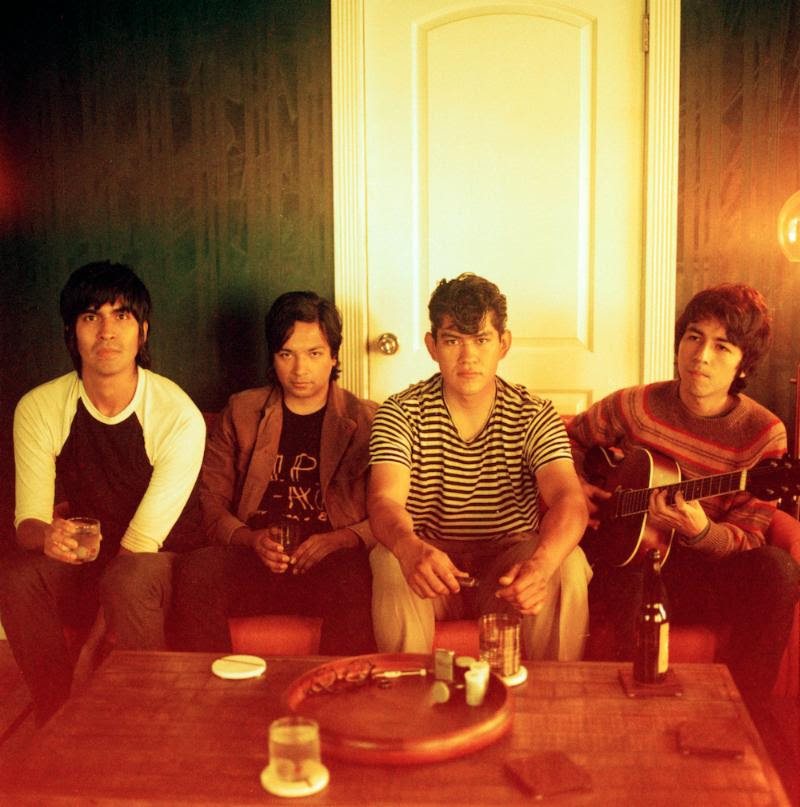 Joining the waves of Chicano artists emerging out of Los Angeles, native-sons The Tracks are poised to make a raucous debut in the form of their first album Treasured Memories of which their newest single “Strange Moments” is featured. A delightful percussive clash of jangly guitars and sizzling grooves, the song is an embodiment of the cultural mixture that exists in the streets and homes of the city the band has lived all their life in. Everything from Michael Jackson and The Strokes, to Vincente Fernandez, have informed the quartet’s tastes as they grew up as children of undocumented immigrants in East Los Angeles. Venancio Bermudez, bassist Felipe Contreras, drummer Jimmy Conde, and guitarist Johnny Santana, childhood friends, represent a new wave of first-generation artists who are blending with increasing success their multicultural roots into affecting indie-rock.

In that vein, “Strange Moments” is a deeply personal exploration by singer/songwriter Bermudez to unpack the embattled nature of the life he’s known living in Los Angeles. From a rollicking relationship with his absentee and alcoholic father–a celebrated Mariachi in his own right–who he watched die, to spending his youth working back-breaking jobs to help his family stay afloat, Bermudez’s songs are riddled with a story of intense strife that is all too familiar, but too often goes untold. “Strange Moments” takes that voicelessness, one that resonates with countless youth across Los Angeles and many urban centers around the country, and let’s itself rumble and groan in Bermudez’s riveting croons. Bouncing anxiously around on the ball’s of his feet and teetering somewhere in a nearly unhinged passion, The Tracks ricochet off the painted-black walls of the run-down, gritty clubs and bars their brand of early 00s rock was first born in. But “Strange Memories” is far from just a rehashing of those boisterous tendencies bathed in some textured nostalgia, as Bermudez and company breathe new life into it with the rawness of their experiences.

Listen to The Tracks’ new song “Strange Moments” below!

The Tracks’ debut album Treasured Memories is out November 2 and available for pre-order here. The band will be playing a string of Monday night residencies at The Echo all next month, kicking it off on November 5. Visit the band’s website and Facebook to stay updated on future releases and tour announcements. 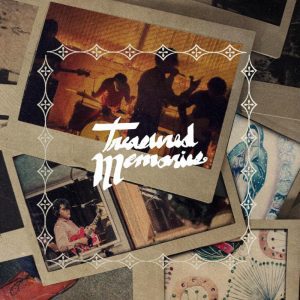