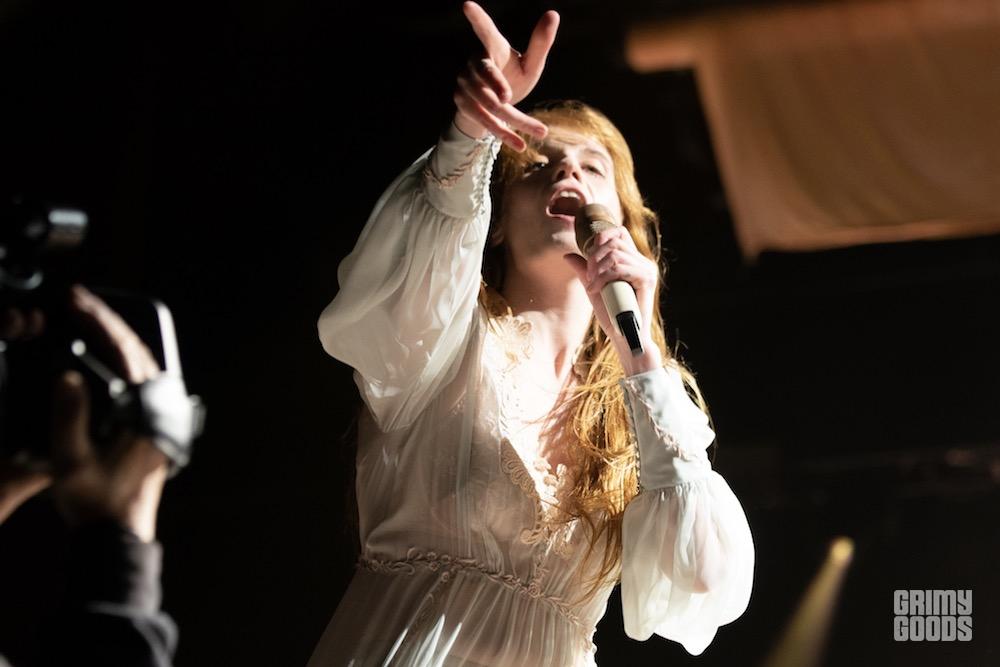 The tour and swooning over High As Hope has yet to even begin to subside and Florence + the Machine have already released two new songs amidst the fervor with “Moderation” and “Haunted House.” A slight return to form with the cathedral-sized, baroque-meets-gothic sound of her first two albums, “Moderation” is the kind of thundering, concussively impassioned howler that Welch has made a name for herself with. While the ballad “Haunted House”—pulled straight out of a Charlotte Brontë novel—flitters and then soars on the solemn poetics of her lyricism before resting gracefully on her sonorous cries.

On one song (“Moderation”) Welch bristles and shouts through a powerful acceptance and ownership of the love one gives; while on the other (“Haunted House”) she finds herself cowering at the ghouls that haunt her heart. All at once Welch is a blazing inferno railing against both religious and her own notions on love—and the next she’s a sad ghost wandering the sprawling halls of her heart, where even in the sun she’s frightened by those unnamed things within her. In that strange but human duality is where Florence + the Machine find such vast space to write and sing, and cry out in such poignant beauty.

Listen to Florence + The Machine’s new songs “Moderation” and “Haunted House” below!

Following an incredible tour, Florence returns this spring for a headlining set at Governors Ball in New York. Visit the Florence + The Machine’s website to stay updated on future releases and tour announcements.