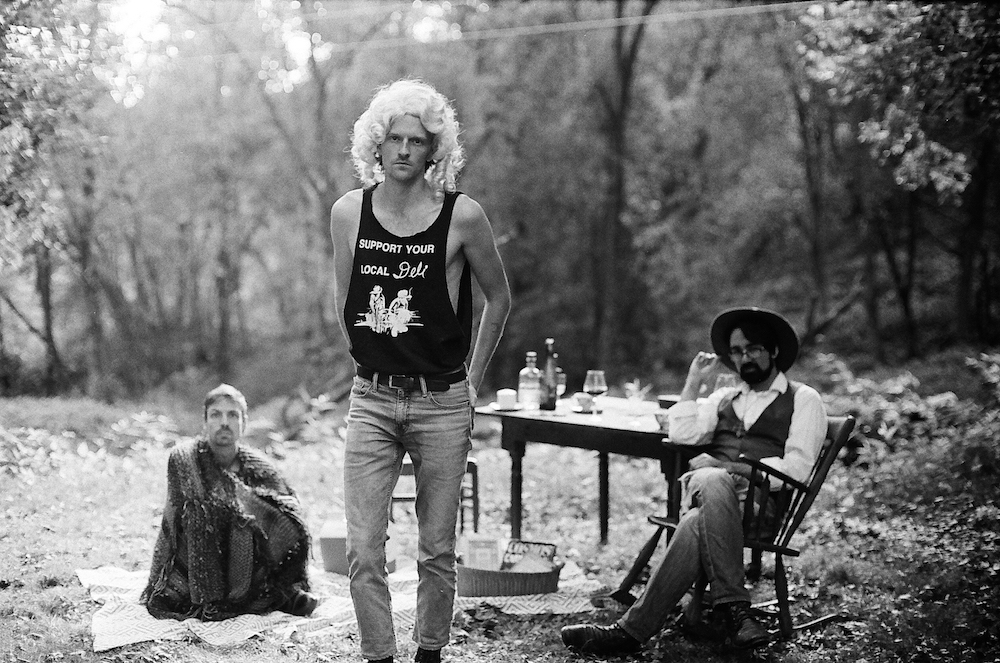 Our sunny city provides plenty of reasons to brood. Recently, the rain has not been a positive influence on anyone’s mood. Though he doesn’t officially live here anymore, Paul Bergmann can relate—he wrote a song to that end. “MaL.A.ise” will appear on the next album from the Fair Moans, Make Yourself at Home; listen to it exclusively below.

Ironically, of course, Bergmann did not write a sleepy and gloomy single; instead, it rings out like the best reason not to give in to existential suffering. He is patient, stepping up to the bus over tentative guitar tones. The notes solidify into chords as Bergmann gets lost in the sunshine and dread peering at him through the window. The full band gets involved when someone interrupts his cyclical thoughts to get off at their stop.

Without any additional lyrical reassurance, (“I look for symbolism, meaning, but I came up with a lie,”) Paul Bergmann and the Fair Moans lean heavily into the final leg of the track, distorting the central melody until its power bleeds out. They sustain it until the fade-out, making it to tomorrow in this (occasionally?) unpleasant town. Bergmann told Grimy Goods more about the origin of the song below.

“MaL.A.ise is a song about Los Angeles. It’s also a song about depression and substance dependence and existential anguish. It’s essentially a fictionalized day encapsulating my relationship with the city years ago. I wrote it then and recently unearthed it…tweaked some lyrics and added an ending. I played it with the band and it was suddenly this breakthrough. I feel a lot of sadness for the person in this song. I wanted to give him the outlet to find joy and release. That is the outro; giving myself the allowance to break free.”