The people of Orange County, California showed up to see This Charming Man, Johnny Marr and his band play and the House of Blues Anaheim. The show did not start without a hitch, unfortunately the House Of Blues had audio issues and the show started about thirty minutes late. The crowd stayed cool and calm only chatting Johnny’s name every now and then. Once things were cleared Marr and his band came out focused and determined to give the fans what they wanted.

Marr and his band played music spanning his career from his early days with super group of the 80s-90s, Electronic. The band originally included Bernard Sumnor of New Order and Joy Division along with Neil Tennet and Chris Lowe of The Pet Shop Boys. Marr covered songs like “Getting Away with it” and “Get the Message” which got the crowd dancing and singing along. He of course played his most beloved music of the Smiths with gems like ” Big Mouth Strikes Again”, “The Headmaster Ritual”, “Last Night I Dreamt Somebody Loved Me” and he closed his first set with “How Soon is Now” which got a loud roar of excitement from the crowd.

This show, however, was not to showcase the old, but to accentuate the new. Last year Marr released a new album, Call the Comet. He opened the show with “The Tracers” and continued on with “Hi Hello” and “New Dominions”. He also played tracks from his previous album Playland like “Easy Money”.

The show ended with a four-song encore that included a cover of “I Feel You” by Depeche Mode. Marr had the house singing loudly along while performing his last two songs of the night, “There is a Light that Never Goes Out” and “You Just Haven’t Earned it Yet, Baby”, from The Smiths. It roused the crowd so much that multiple people decided to rush the stage just to touch the former Smiths guitarist.

Johnny Marr and his band have another show at the John Anson Ford Theater in Los Angeles on May 21, 2019, be sure to check it out. 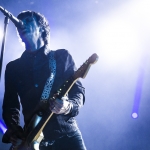 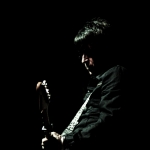 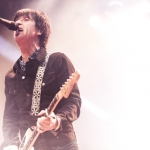 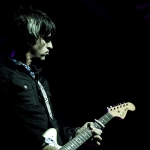 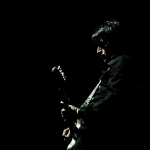 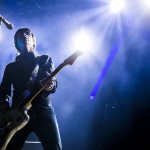 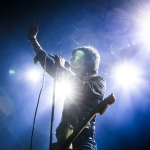 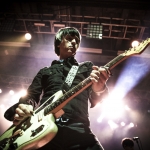 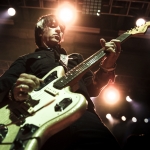 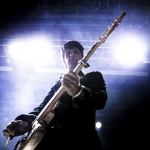 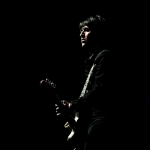 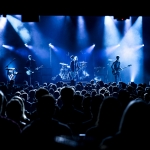 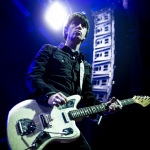