Jordan Cook of Reignwolf can play guitar with one hand tied behind his back. During most of their set Friday night at the Fonda Theatre, his guitar dangled from his left hand with strap swinging behind like a tiger tail as he magically played dirty blues riffs while crooning into a mic held by his right hand. Cook plays by no rules. Drumsets are more like drum-move-wherevers, and often end up down in the middle of the audience while Cook swings from the rafters.

Reignwolf’s show at the Fonda was no exception. Most of the set was awash in haze as primal screams and pounding rhythms were beat out of the trio. Cook keeps his own kick drum on stage, but that does not stop him from jumping on his drummer’s kit.

Cook climbs all over the stage and beyond with a happy grin on his face as sweat pours off of him while his bassist / producer S.J. Kardash lays back on to a bed of fans.

Reignwolf is always an exhilerating show. The band will soon be headed out on an East Coast tour.

Opening for Reignwolf were LA Witch and Irontom. LA Witch is exactly as their name implies: dark and feminine. They were the calm before the storm. Irontom opened the night with hysterics, a ski mask and an excessive amount of genital rubbing … 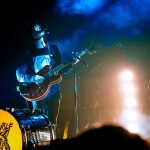 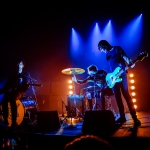 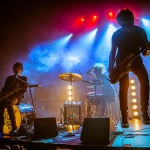 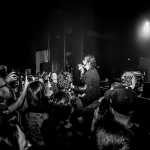 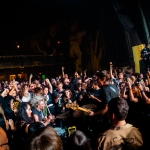 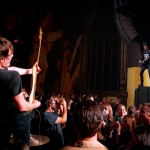 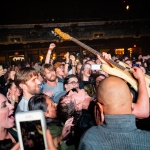 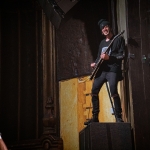 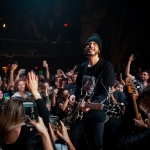 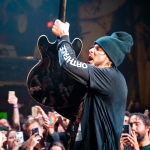 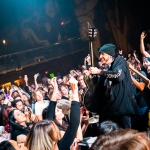 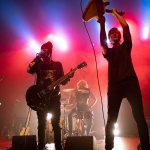