The streets were lined with costumes and club attire on this pre-Halloween weekend; fans sported a mix of both as they filed into the Lodge Room this past Saturday to witness the final night of Aldous Harding’s LA tour stop. The show sold out over a month in advance, prompting a second be added for the previous Friday. And what a worthy outpouring of support: both artists had released new albums earlier this year and the historic Highland Park venue was a perfect place to have a belated celebration.

It was a rousing night for enthusiasts of quiet songwriting punctuated with purposeful rests and pregnant gazes. Hand Habits’ Meg Duffy has been the New Zealand artist’s main support on this US tour, and they have said that this is one of the best tour experiences they’ve had—strong words from an artist who has collaborated with Kevin Morby, Weyes Blood, and The War on Drugs. Placeholder sees Duffy grow in several ways—their evocative lyricism contains surprises and their guitar work relies on restraint and patience. All these elements danced around Duffy’s aura on Saturday night.

As a local resident, Hand Habits frequently performs around the city—we covered their show at Resident in 2017 and have kept an eye out for other opportunities to support. The audience at the Lodge Room may not have been as familiar, though, as conversations continued throughout their quiet solo set. During one particular tuning break, Meg Duffy told the crowd their theory about concert attendees: there are those who enjoy live music and those who listen to live music. All the patrons creating a low roar near the bar seemed safely in the former category, until Aldous Harding graced the stage.

Everything that night—from Harding’s strums to her body movements—was deliberate. She had a full band backing her, but instead of drowning out her gentle doom-folk intentions, the other players created a beautiful home for Harding’s experiments. There was rarely a smile, adding to the atmosphere of sincerity. That said, the band sat aside for a number of songs to allow Harding to own every sound coming from the stage. She began with the cyclical “The World is Looking for You,” a deep cut from her previous record, and transitioned into “Living the Classics,” an aspirational song that she wrote about making her own mark.

When the band came out, the audience was receptive, but their hunger didn’t seem easily quelled by her solo pacing. When the two primary singles from the new record started, everyone erupted. “The Barrel” remains a fan favorite, though it was not the only song people were willing to sing along with. “Fixture Picture” and, slightly infuriatingly, “Imagining My Man” were both received with cries from the crowd, but no one could get the timing of the latter correct. (And “Yes!” is only during one of the choruses, not all of them! Sigh.)

Harding closed the night with a new track that she was excited to share, if only because of its joy. It was boisterous and gave the crowd exactly what they had been desperate for all night. It marks a continuation of this era of light; her latest LP, Designer, embraced cheerful whimsy, unlike the dark surrealism that she had become known for. Aldous Harding is a mysterious character that holds multitudes. LA can’t wait for her next Stateside trip. 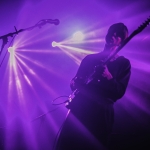 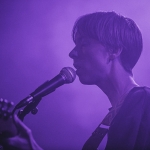 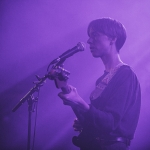 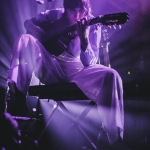 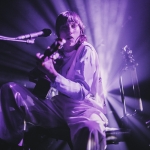 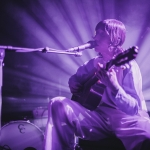 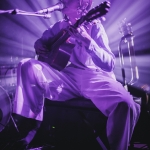 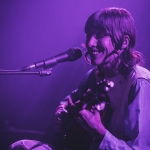 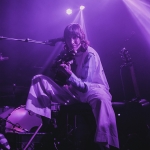 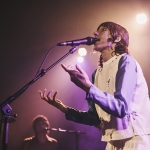 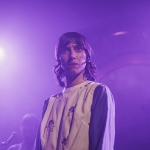 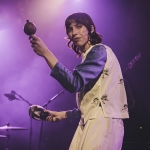 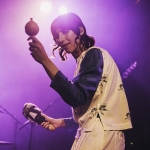 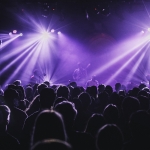