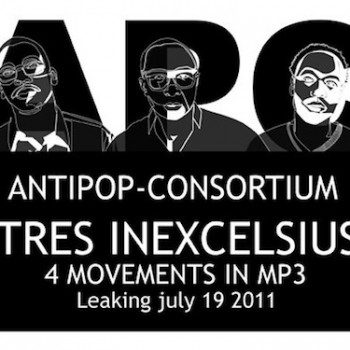 New York hip hop group, Anti-Pop Consortium (APC) have been tweeting clues the past couple months about their upcoming new album. With the group originally consisting of Beans, High Priest, M. Sayyid and producer Earl Blaize, the men are back with some bangin’ new tracks that just leaked! We’re not too sure if Beans is […]

Bettah watch yo back bloggers with what you put up on those very popular blogs of yours. God knows I get a bunch of shit from losers with no taste in music for putting down their favorite bands. For some reason my bashing on the Kotton Mouth Kings, still gets so many hits. I guess […]