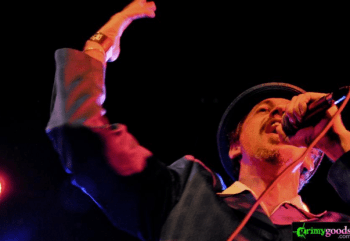 The king of French raggasalsa, who was actually deep in the 80s French punk scene with Ludwig Von 88, has made his name as Sergent Garcia since 1997 exploding with all the goodness of Latin rhythms. Los Angeles was graced last Wednesday, Aug. 31 with a bombastic performance by Sergent Garcia at The Roxy. Supporting […]