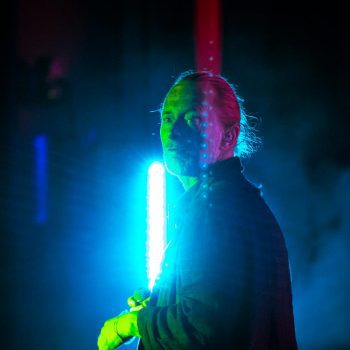 Thom Yorke transforms the Greek Theatre L.A. into something out of this world

If Thom Yorke was a Jedi, he would be approaching Yoda status. This past Tuesday night at the Greek Theatre, L.A. — Yorke’s musical mastery was on full display. Like Yoda, he tottered around the stage playing with all the vibrations of the universe with a delightful smile on his face. Behind him was a […]

Just like skate vids, apparently dope skateboarding video games have a kick ass soundtrack as well. Check out the 52 eclectic songs featured on Electronic Arts’ (EA) up and coming Skate It and Skate 2. From Motorhead, Wu Tang, The Clash, and Louis XIV, you pretty much got a gumbo of goods: Read the full […]

Sole Tech just keeps getting bigger and better, spreading it’s seed through every outlet. The 5th annual etnies GvR (Goofy Vs Regular) has hooked up with EA (Electronic Arts) to make it’s video game debut. I wonder if their infamous after-party will be a part of the game: sex, alcohol and rock n roll! Read […]

For all you thrashers and nerdy gamers, Electronic Arts and Black Box unveiled SKATE 2 last Thursday in San Francisco and apparently it’s fuckin surreal. Its evolved in many ways, such as now you can actually get off your board and navigate through San Vanelona in a crazy way. Climb those stairs and grind that […]

More
Sandra B. Olinger |
"Skate It" on Nintendo Wii

I’m not too much of a fan of video games, because I think they consume the lives of others, but some are pretty cool and worth the occasional fun. However, I once dated a guy that was a lil too into World of Warcraft and it messed shit up numerous times. Well, at least it […]