Contest: Win Tickets to Ganglians at The Satellite – March 1, 2012

The Ganglians are invading The Satellite on Thursday, March 1st and the indie/acid/pop band will be bringing all their psychedelic tunes and vibes with them. The Sacramento trio’s ’60s acid pop sounds will have fans swirling in a kaleidoscope of trippy guitar chords and breezy vocals. They’ve also enlisted Italy’s own A Classic Education to […] 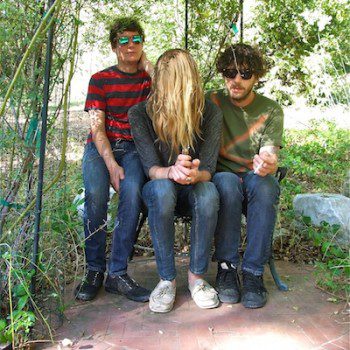 Sacramento’s Ganglians are back two years after their last dual-album release of their self-titled debut and Monster Head Room in 2009. With producer Robby Moncrieff on board (Dirty Projectors, Bitte Orca) this time around, they’ve taken some time to present their newest album Still Living, released August 23, 2011.  Does it hit the musical bull’s-eye? Well […]