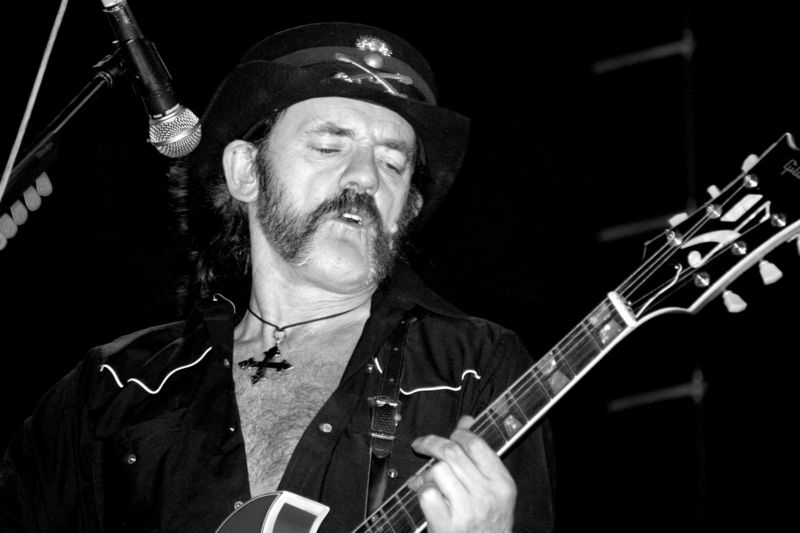 Instead of lurking and pestering him while he’s sippin’ on some Jack at the Rainbow, now you faithful fans can get deep inside the unique mind of Lemmy Kilmister, the idolized front man of the one and only Motorhead. Produced by Greg Olliver and Wes Orshoski, two former contributors of Billboard, this new flick is shot on a combination of HD video and super 16-mm film … fancy and artsy fartsy. With interviews including, but not limited to Slash, Dave Grohl, the Clash’s Mick Jones, Alice Cooper, Steve Vai, and wrestling superstar Triple H, the shit looks good. I will never forget the first time I said hello to that infamous mole on the patio at the Rainbow.

For more info click here and peep the teaser below (the ending rocks).

“You think you know who Lemmy is, but you have no idea. If you think you have Lemmy all figured out, trust me. You don’t!”
— Wes Orshoski

3 thoughts on “New Lemmy Documentary In The Makes”