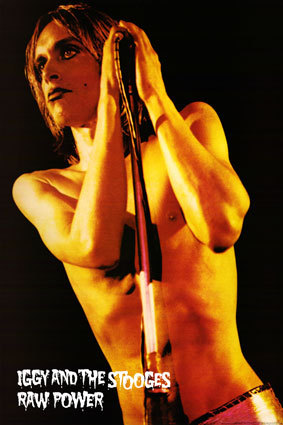 Ah, the powerful joys of having a demand list set for the green rooms backstage. While some musicians ask for unusual food requests such as removing all the brown M&M’s from the candy bowls, others I’m sure require the loose attention from a few strippers. Some demands may be quite true, while others just take the piss on concert staff, or check if promoters are doing their jobs reading in between the lines. Well the infamous Iggy and the Stooges take the gold for their concert rider requests. Read the whole thing, the shit is soooo funny!

Some of my favs:

“2 X Heavy Duty Floor Mounted Fans. So I can wear a scarf and pretend to be in a Bon Jovi video. “

“We had a lighting designer once, but he went mad so we shot him. Now he’s a light of a different kind, one of God’s little Gobos in Dimmer Heaven.

“But hopefully none of those sandwiches are from Subway with beef and alfalfa sprouts sticking out, like a Florida retiree’s bikini bottoms. Yuk.”