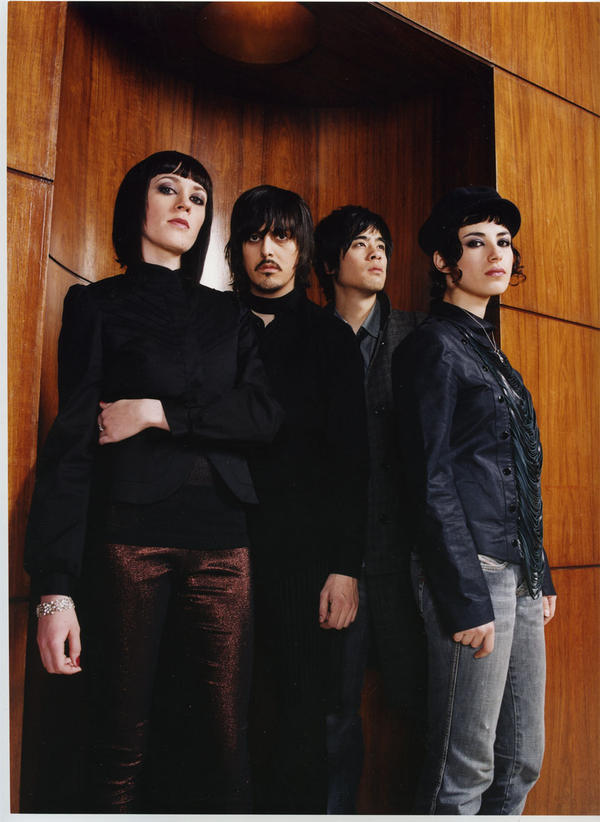 Ladytron played a sold out show at one of my favorite San Diego venues, the Belly Up this past Saturday night. The whole scene was quite interesting, amusing and annoying all at the same time. I felt like I walked into in a happy room filled with a bunch of raver rejects. I don’t know what bothered me more, the goofy looking dude jumping around next to me or the lame couple that kept backing into me while they groped each other. I don’t think I would have minded so much if they were apologetic and smelled good. One of them smelled like warm milk and I hate milk.

Ladytron opens up the dark room with “Black Cat,” a song off their new album “Velocifero”. It looked like a musical militia hit the stage with their ensemble of what appeared to be six musicians (guitar, drums, keyboards, mixers, etc.) Mira Aroyo, the Bulgarian vocalist, threw down some hypnotic like words in her creepy but cool native language. It was a pretty bad ass way to open up the set. Unfortunately, that’s her leading strength. I don’t know if she was drunk or out of it but her vocals aren’t the best, especially in comparison to leading lady Helen Marnie, who sings graciously beautiful. When Aroyo did attempt to sing on a later song, she seemed lost. Her vocals are better kept on audio, as opposed to a live performance. 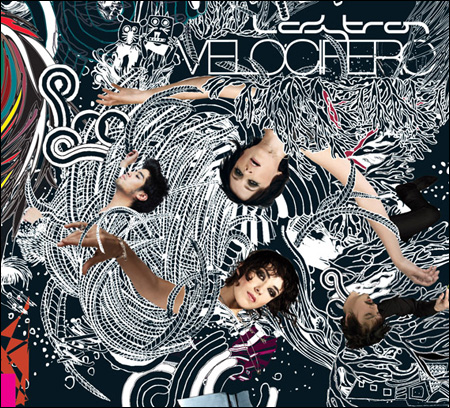 Their musical production was insanely good. With all their tripped out ambient sounds, throbbing beats and live instruments, the music was powerfully loud but in a goood way. At times I could feel the bass tickling my nose, taking me back to those spaced out speaker-head days. Celebrating “Velocifero,” which is mastered well with a mix of both the dark chill tracks and shake your ass beats, Ladytron played a healthy amount of new songs. All in all, it was a good show. I got a lil bored towards the end, when “Deep Blue” came on, but that’s cause I’m not too keen on this song, tranced out by Aroyo. It began to put me to sleep. 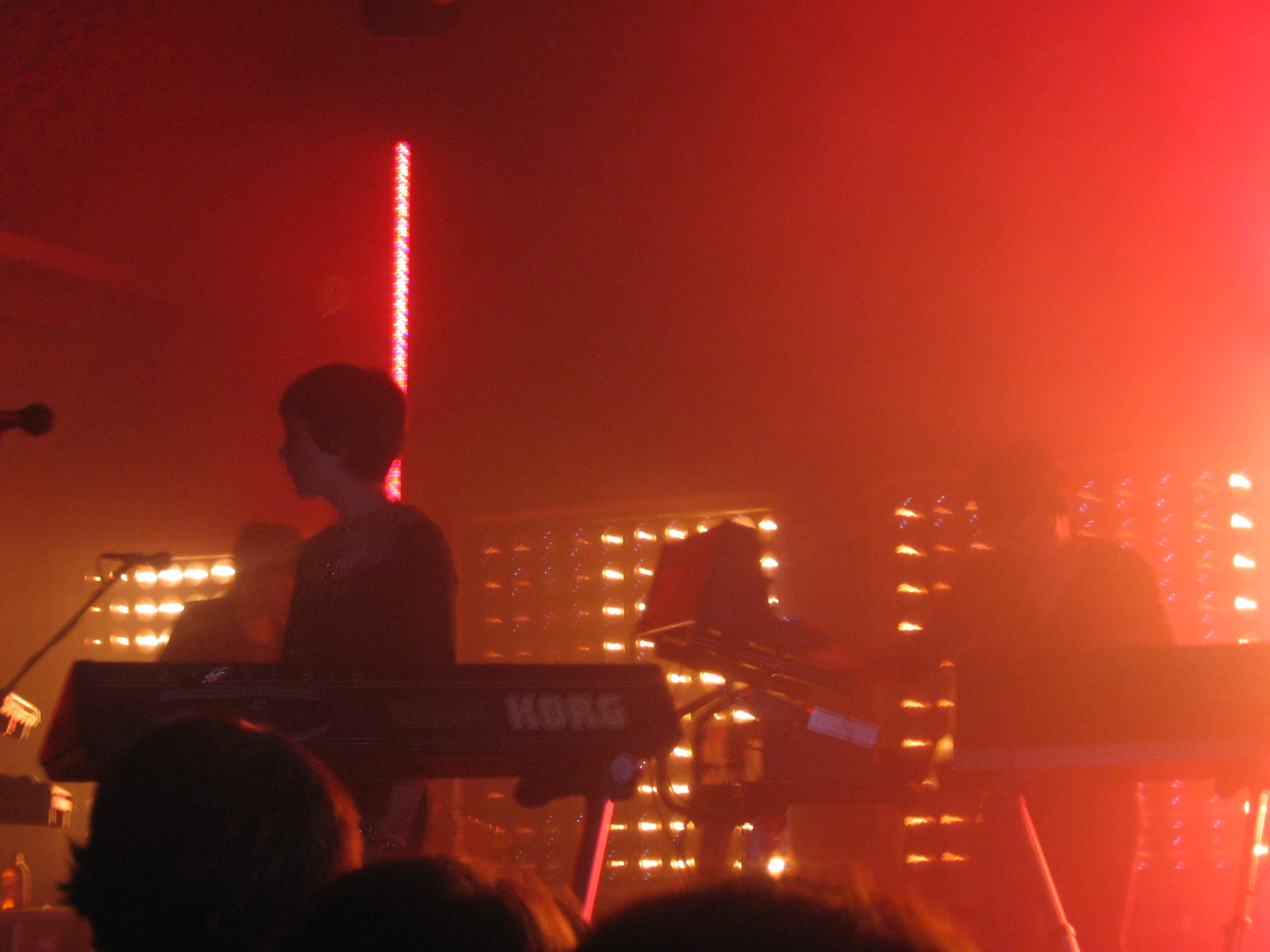