I’ve been a fan of Metric for quite some time and they’re just one of those bands you never get sick of seeing live. The last time I saw them was back in October with Crystal Castles at the House of Blues in San Diego. That was probably their best performance I saw yet. Especially since they played “Rock Me Now,”a song that guitarist, James Shaw, told me later that evening, they hadn’t played in quite sometime. I was super stoked to finally hear it live. Not to mention his high back-up vocals are pretty damn sweet as well. Anywho, Metric talks about their upcoming fall shows and tequila on Rolling Stone. Get excited. 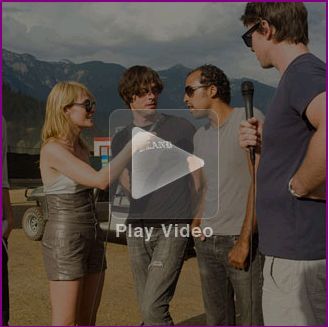