It’s cool for bands like The Stooges and The New York Dolls to reform and make  a come-back because they were actually good and of a high notoriety, but for one hit wonders like MC Hammer … WTF? Yes, we all enjoyed that song “Can’t Touch This” or making those stupid hand gestures to “To Legit to Quit,” sadly now it’s nothing more than a mere karaoke song (if that). And how bout them “hammer pants?'” Every now and then, I’ll see some middle aged white male with a beer belly and some missing teeth, sporin’ a pair of those god forsaken pants, always with the ass region faded and worn down. MC Hammer is set to release a new album this fall titled “Dancejamthemusic,” his tenth album and first new release since 2006. Tenth album! I didn’t even know he got past one, I guess that explains how good the other mysterious 9 were. 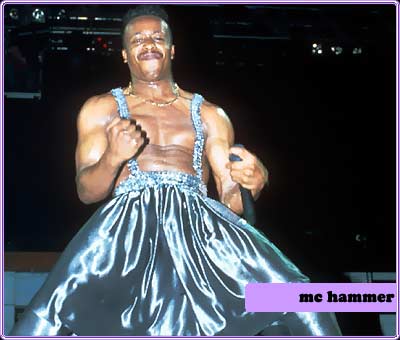