After two years looking through film, video, magazine, and photo archives, the Death Bowl to Downtown was finally created. It was already featured in its home of New York and now it’s ready to go on tour. Check out the evolution of skateboarding in the NYC in this awesome documentary directed by Coan Nichols and Rick Charnoski, narrated by the sexy Chloe Sevigny. Get on it! 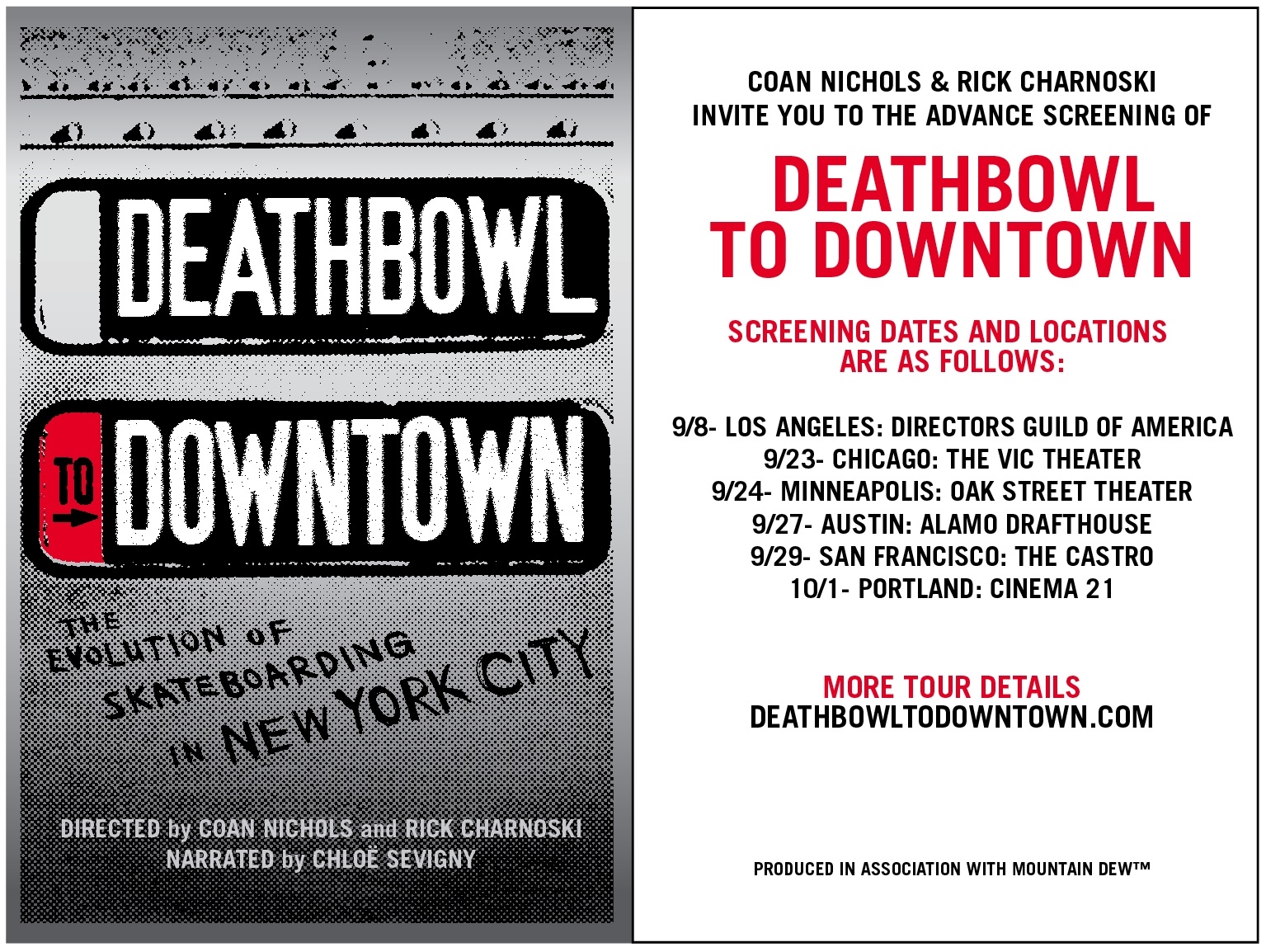