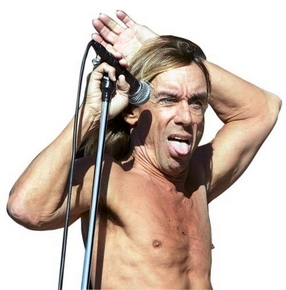 s it lucky number sleven for Iggy and the Stooges? They got passes up the first 6 times, but I gotta feeling the Michiganites will lay down the law of what rock really is and claim “success.” Up against Metallica, Run-D.M.C., Jeff Beck, Chic, Wanda Jackson, Little Anthony and the Imperials, War and Bobby Womack, I say to myself, who the fuck are some of these people! It is the Rock n’ Roll hall of fame right? Down for Metallica, down for Run-DMC and down for Jeff Beck, but the Iggy reigns over all, ultimatley. He’s one of the most iconic and influential figures in rock n’ roll, giving root to a variety of genres.

Switchin’ from the swanky Walforf Astoria in New York to the Public Hall in Cleveland, Ohio, the induction ceremony will take place April 4, and tickets to the ceremony will, for the first time, be made available to the public. Some significant changes there sure to stretch today’s weak ass American dollar.