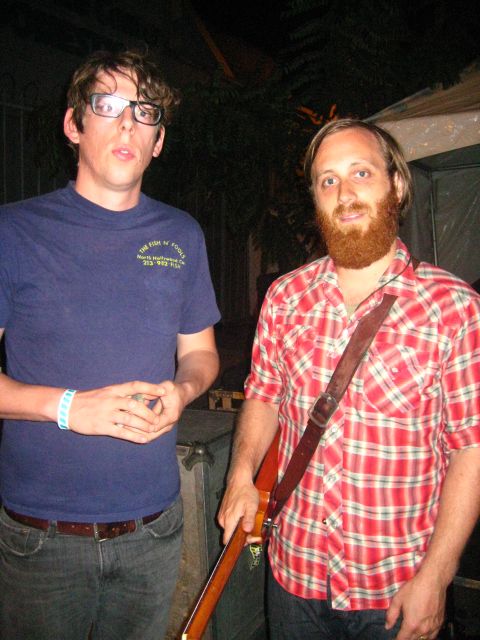 Akronites unite! Looks like Akron, Ohio natives, DEVO and The Black Keys will be playing a show in support of presidential candidate Barack Obama. Rockin’ out in their very own swing state for a better American future, the two awesome bands will take center stage at 8:00pm Friday, October 17, 2008, at the Akron Civic Theatre. If you’re in the Ohio area, you have to check this show!

DEVO are iconic with their witty impact on punk rock, and The Black Keys are an immensly talented duo playing the fuzzy blues built for today, they’re definitley going to make rock n’ roll history. Not to mention this presidential election is pivitol and can make us or break us. Music sends a powerful message, let’s just hope those 22 electoral votes are in the “O.”

“Ohio is where we need to be,” said Mark Mothersbaugh, DEVO co-founder and frontman. “We hope to make an impact with this concert, and raise consciousness to what’s happened in Ohio in the past eight years. I think that Barack Obama and Joe Biden are our only hope. That’s why we are here.”

One thought on “DEVO and The Black Keys for Obama!”