That’s one of the thoughts that ran through my head barely three songs into the Black Lips performance. The energy these crazy cats bring is unparalleled. I’ll spare a comparo because they’ve all been hog-tied to the bumper of a rusty old Ford pickup and dragged through the desert once too many times.

The Lips deserve the liberty to revel in their neo-punk glory. From intro to outro these gents, I use that loosely, just wanted to set the house ablaze and the audience would’ve happily stood in the flames. Being the aging music geek I am, I gladly watched all this chaotic splendor from above on the balcony. Granted, I missed getting fragments of co-front man and rhythm guitarist, Cole Alexander’s vomit on me. Not to mention, I missed pretending to catch the frat boy douche bag who thought he was “The Man” stage-dive. Funny how even an out of control mosh pit still has the sense, if you will, to ream out the germs from the gaggle. But, there’s something oddly surreal about being the spectator mere feet away from a beautiful disaster. It’s like those videos you watched in High School history class of the scientists crouched in those concrete bunkers miles away from the atom bomb detonation during the Manhattan Project. You know something absurdly insane is happening right in front of you and you’re genuinely excited about being there. Even feeling “lucky” perhaps.

But I digress; the show was all killer, no filler. Complete nutter butters actually. A matter of fact my ears are still ringing now 20 hours later, awesome. A show highlight I must share: as soon as they started playing the last song, everybody bum-rushed the stage. I’m talking like more than 50 people up there banging their heads, fucking with the band, throwing shit, straight up wildin’ out. Cole himself stage-dived and just ran the fuck out. Then he pops up on the other side of the room a minute or two later like he was reenacting a David Blaine skit. So really what’s not to love in that scenario? Now I wish I could sing the same praise for the two opening bands, Gentleman Jesse & His Men and Lets Wrestle, but there was no way I could pass up $3 Miller Low Lifes at The Levee right around the corner from the Music Hall of Williamsburg. Sorry my alcoholism (my drunk cheap ass doesn’t like paying $6+ for a Tecate) prevailed. All I can say is that I hope every member of the Lips can survive another tour because I’ll be one of the first to cop tickets. 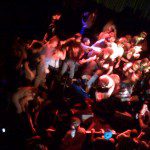 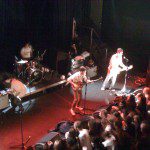 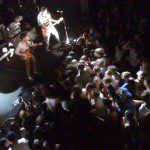 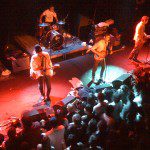 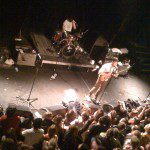 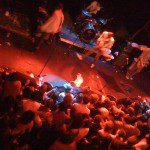 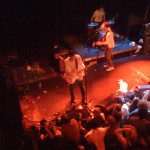 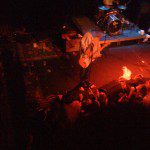 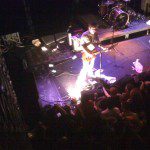 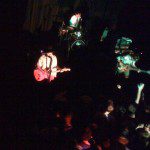 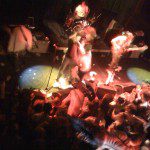 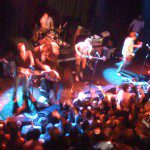 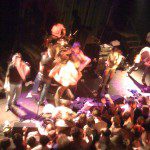 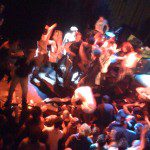 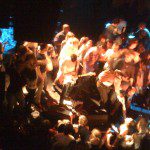 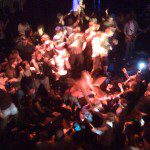