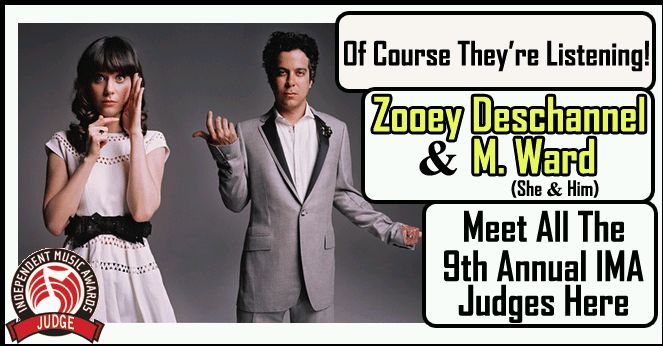 The Independent Music Awards (IMAs) is an influential and effective international program that helps up-and-coming indie artists blow their shit up! In other words, the IMAs recognize these low profile bands and grants them the opportunity for publicity and exposure with all types of industry movers and shakers, thus making it “BIG” and living happily-ever-after. Good stuff.

The first group of judges have been announced! Consisting of some amazing musicians (The Black Keys), some “who are they” (Jesse Malin) and a “WTF!” (Hanson). Some notable judges include M. Ward, Mark Hoppus, Suzanne Vega, DJ Spooky, Charlie Musselwhite, and more. Check the full list of judges at independentmusicawards.com.

I hope they sit Peter Wentz right next to The Black Keys, that would surely give the boys a hoot. Maybe they can exchange pointers … yeah right.

Submissions for the 9th annual Independent Music Awards program must be received by Friday, August 21, 2009 to be considered for the upcoming program. So get on it and may the force be with you!