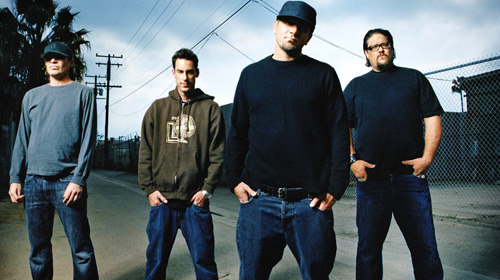 “After 19 years with Pennywise, Jim Lindberg has decided to step down as lead singer. Pennywise has long stood behind the motto that you should always follow your heart and pursue what makes you happy, and we wish Jim the best of luck in his new ventures, whatever they may be. Pennywise has become a way of life for a lot of people, and has definitely become a way of life for us. As the three remaining members of Pennywise we feel that we are not done delivering our message to our fans.

”The band has always been about moving forward in life no matter what obstacles stand in front of you. We will begin our search for a new singer immediately. We will continue to tour the world and we are looking forward to writing new music. We’ve had a lot of good times and survived the hard times thanks to the undying support of our fans. We’re looking forward to what the future may bring.”

Pennywise is one of the most significant bands to emerge from Southern California’s second wave of punk rock. Formed in 1988 in Hermosa Beach, California, Pennywise has released nine full-length studio albums; one live album; two extended plays; and one DVD. Their most recent studio album, Reason to Believe, was released to over 500,000 fans for free through a limited offering from their new label MySpace Records. The critically acclaimed album was also sold physically and digitally the world over. “The Western World,” the first single from this watershed album quickly became the most successful single of the band’s storied career.