Some people say indie rock is not made for head phones—that’s where the real test of indie music lies.

Cymbals Eat Guitars – press play: “And the Hazy Sea” soars with guitars and edgy vocals. Then like a passing storm it drops into a subtle elegance of entwining instrumentation and soothing softness of front-man Joseph Ferocious’ vocals. It’s a sine wave musical journey—sweet controlled distortion and wahs.

Following into a down and up tempo classic-style indie rock track, “Some Trees” is presented with a nice acoustic groove and solo guitars. Then I arrive at “Indiana” with a guitar drone-like intro fading to a neo-saloon piano in the backdrop with up lifting horn treatment.

The lads from the East Coast have put in their work for their debut album “Why There Are Mountains.” There are many elements of dynamic instrumentation which makes me reluctant to just call this indie, as just another cookie cut. The track “Cold Spring” is a drifting cascade of piano, guitars and strings with varied temperaments of damn good rock. Moving into the next track “Share,” it has a lovely My Bloody Valentine prelude with its detuned distortion of guitars and keyboard trinkets that transitions into the signature continuum sound by Cymbals Eats Guitars.

Many of the tracks contain this calmness of modulation yet they shatter into soaring guitars with melodic bass driven by Neil Berenholz. Nonetheless, smoothly blended into the backdrop of their paintings of sounds.

What “Dogs See” put me at rest to the point of levitation. As I drift, I’m lifted by “Wind Phoenix” and put back on my feet skipping to the sounds and feeling the drum rolls into a nice breakdown of jams. It transitions so well into “The Living North,” indie rock sweetness with climatic drifts of drums, bass, guitar, and vocal bliss. 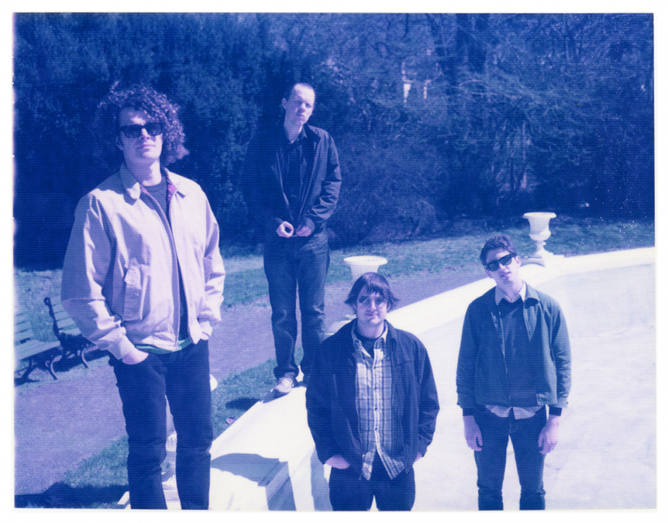 Cymbals Eats Guitars’ musical magic emits to the last drop as in “Like Blood Does” with subtle vocals and sounds, but then found by a wall of distortion and experimentation.

As pleasing and inspiring the music from Cymbals Eats Guitars can be, I can only imagine what their shows would be like … A must see and hear.

“Why There Are Mountains” drops Sept. 22 off Sister’s Den Records. For tour info and album streams check out Cymbals Eat Guitars’ myspace.