On my way to the Echo on Dec 22, 2009, I didn’t know what to expect. The Local Natives show was sold out and I had a hunch there would be some kick ass music and excellent facial hair. I’m pleased to report that my instincts were correct.

With opening bands Chief and Voxhaul Broadcast, the night was turning into a fun 70s time warp, but Local Natives steamed us out of the flashback with the almost shoegazey “Camera Talk.” Their vocals are absolutely stunning, especially live. Three voices split up and come back together to make deliriously whimsical noises. My heels were tapping and my toes were curling, especially for their exquisite cover of the Talking Heads’ “Warning Sign.” 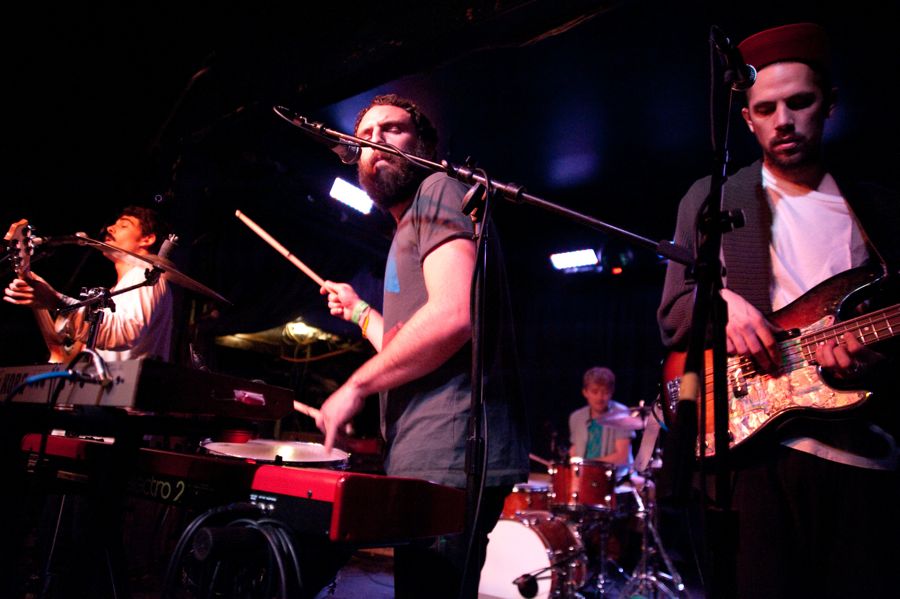 Kelcey Ayer has an impressive beard and tremendous skill, from keyboards to guitar, and a voice you don’t want to stop listening to. While they played “Wide Eyes” everyone on stage was working percussion and I just wanted to grab something to shake and bang along with them! The crowd was loving every minute of it too, hipsters unfolded their arms and pushed forward to get closer to the stage. The sold out show went from a time warp to the best house party I’ve never been to. They carried that same energy into the dreamy “Shape Shifter,” where Fleet Foxes style harmonies meet swelling melodies and dark, trippy poetry. The crowd was singing along and hollering while they played.

Local Natives have so much heart, sincerity and raw talent, I know they’ll be everywhere in 2010! In fact, during “Airplanes” the girl next to me called her friend to share the marvelous show with a friend that couldn’t get in. I’ve never seen that happen in such a small venue! We all sang along again, and their voices and ours built a shield of rock and roll to protect us from the crazy wind outside. “Cubism Dream” danced in my heart and made me want to make mixtapes just so I could include that song. 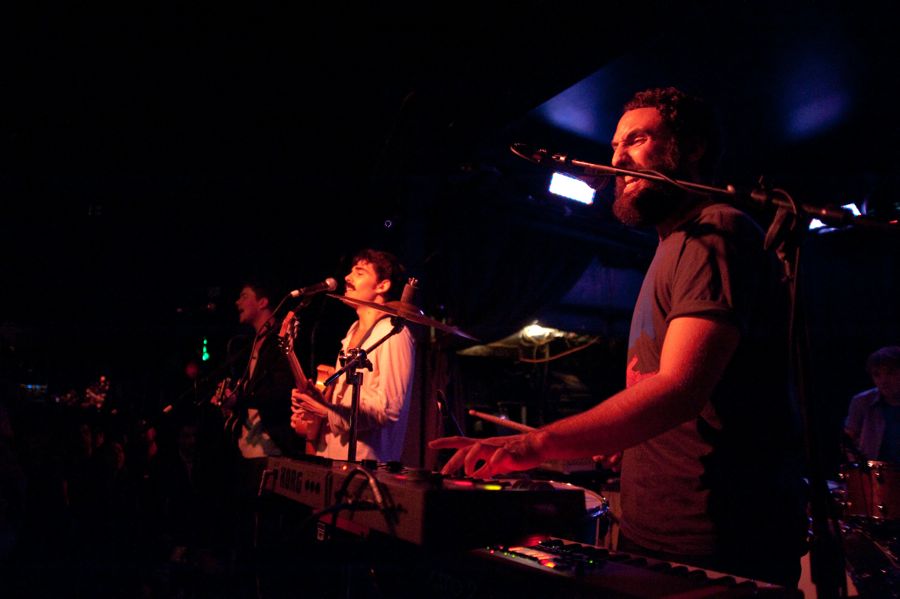 They filled the air with haunted gobs of sugar in the form of “oh oh ohs” during “Stranger Things,” feeling like time was going to be up, I wondered if this was a sort of dessert, and they answered me by playing “Who Knows Who Cares.” They called up Stewart Cole, of Edward Sharpe and the Magnetic Zeros, to play trumpet for them. Local Natives just finished touring with Edward Sharpe earlier this month, and it was a real treat to see Stewart join them for the song. After two ethereal songs, they invited everyone they’ve ever toured with to join them on stage, and began the epic “Sun Hands.” Everyone was clapping and instruments were being swapped around as the song built up into a delirious fever. Kelcey started wailling on the guitar and there were bursts of passion and screaming. My jaw was on the floor while the rest of my body danced around it. I never wanted it to stop, but it did, and I’m left with a grin after a roller coaster time travel epic night, and a free poster.

Check out our previous Local Natives review at the El Rey Theatre here!

7 thoughts on “Local Natives at the Echo – Photos and Review”