I can’t deny that I’m SUPER EXCITED for the release of this timeless classic, “Alice in Wonderland,” (that many of us loved to fry balls to back in the day) and I was also excited to hear who was going to grace the soundtrack. But now, after seeing the tracklisting … meh.

A collabo between Mark Hoppus and Pete Wentz? That’s just lame. And then you have Avril Lavigne, The All-American Rejects and Plain White T’s! Big fat meh! 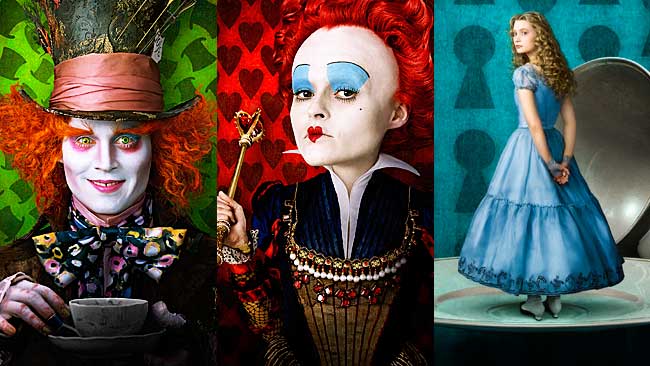 This is the legendary Tim Burton’s “Alice in Wonderland,” not an MTV film. I was expecting a score far more psychedelic, mind bending, fuzzy, and dark. Not some  MTV pop-turkeys! I should of know soon as I read the press release headline: “MySpace Music Reveals ‘Alice in Wonderland’ Soundtrack Tracklisting.”

I will admit, there are some great and fitting musicians on the tracklisting. But the above mentioned ruined it for me, thus I have no interest in adding this soundtrack to my library. But I will still check this epic flick in the theaters come March 5th!