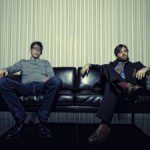 The Black keys’ up-and-coming new album “Brothers” is probably my most anticipated album release of 2010. I don’t know how the duo get so much done, but they manage to do it and deliver the hottest shit. Just last year, Dan Auerbach released his solo effort “Keep It Hid,” Patrick Carney brought forth his own new project Drummer, and the two got a lil tougher with Blakroc, a hot collabo between The Black Keys and hip-hop’s leading MCs featuring RZA, Mos Def, Q-Tip, and more.

Carney admits “Brothers” is the album they’ve always wanted to make and taps into their creative force as a duo. “Dan and I grew up a lot as individuals and musicians prior to making this album. Our relationship was tested in many ways but at the end of the day, we’re brothers, and I think these songs reflect that.”

The album includes the Danger Mouse-produced song “Tighten Up” and a cover of the Jerry Butler classic “Never Gonna Give You Up.” The remaining songs on Brothers are written, performed, and produced by The Black Keys. With the exception of a handful of tracks, co-production duties were handled by Mark Neill. 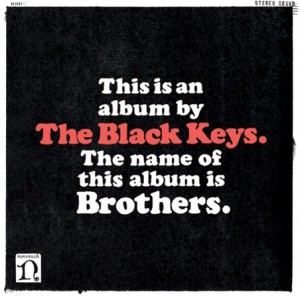