I’m actually pretty damn stoked for the release of this flick! Not only cause I dig The Runaways (who doesn’t?) but I think Dakota Fanning and Kristen Stewart are perfect for their roles as Cherie Currie and Joan Jett (respectively). The Runaways is what happens when two chicks from The Valley have way to much punk in their blood! 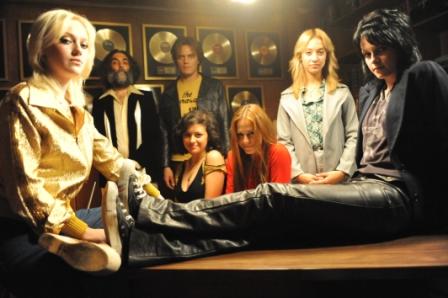 “The Runaways,” which debuted at this year’s Sundance Festival, will also hold a special premiere at  SXSW.  The film will premiere during the music festival on Thursday, March 18th at the Paramount Theatre in Austin with several cast and crew members attending.

The soundtrack is pretty kick-ass featuring David Bowie, MC5, The Stooges and Joan Jett and is now available for pre-order at www.runawaysthesoundtrack.com.