As I was updating our weekly recommended concert listings, I came across Meaghan Smith and her show at The Hotel Cafe. While listening to her tunes, I was totally enamored with her classic, 40s style sound. It was truly something endearing. The child of a piano-teacher mother and a bass-playing father, Smith devoured old musicals and animated films as a child and later fell in love with the jazz and big-band music of the ‘20s, ‘30s and ‘40s. She has a fabulous full-length debut album out titled “The Cricket’s Orchestra.” Those early inspirations influenced the material featured on the album, as Smith says, “My music is modern vintage. The record incorporates a lot of instrumentation from older eras in the form of horns, strings and arrangements, but I also love DJs and their turntables.”

I highly suggest you check out his cute lil songbird. She has an amazing style and sound that just grabs you with admiration. Check out the live photos and video from her performance at The Hotel Cafe this past Friday, March 19, 2010. Smith has another LA show coming up this Wednesday, March 23 at St. Rocke in Hermosa Beach. 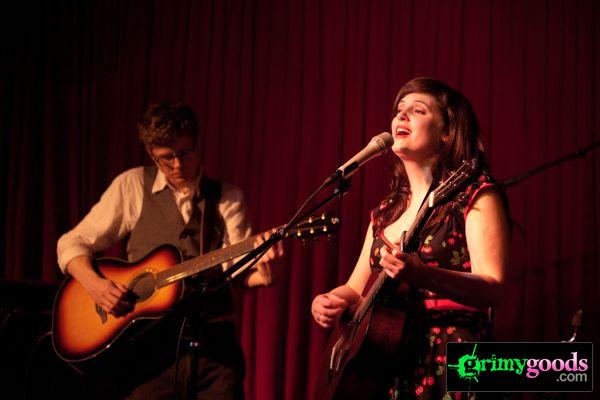 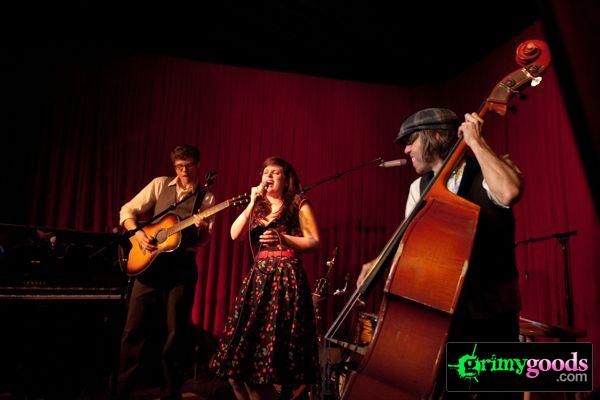 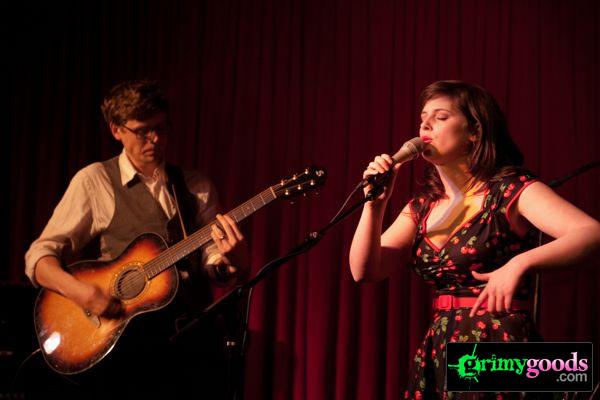 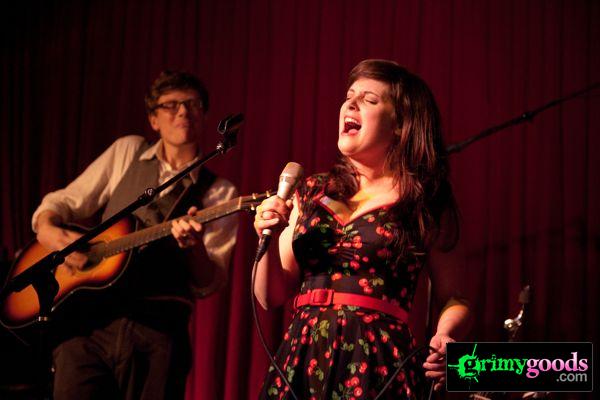 One thought on “Hot Musician Alert: Meaghan Smith at The Hotel Cafe – Live Photos and Video”