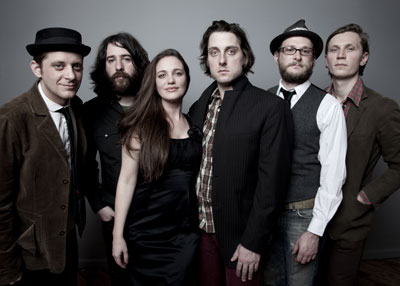 One part folk, another punk and even more rockabilly make this alt-country album from Linfinity a standout in today’s electro-mesh market. “Martian’s Bloom” is definitely one of those hard-to-categorize albums. And while usually, this would be a down point, Linfinity maintains cohesion while genre jumping mostly due to lead singer, Dylan Von Wagner’s consistent quivering lexis. His vocals are distinct, unusual and not traditionally “good,” but effortlessly bridge the genre gaps, and work in this band format.

The album mainly does a mid-tempo strut with a few moments of frenzy. It starts out with stunner “Southern Belles,” a romantic, swirling, string-infused track where Wagner ponders, “Ain’t it strange how it ends where you began?” Third on the album, the title track starts lovely and brooding then moves to chaotic, melodic buzz force. While they have you all buzzed, they keep it going with the most frenzied track, “Choo Choo Train to Venice.” This track is a fusion of punk and rockabilly and has an infectious energy that is surprising given the moderate tempo of most of the other tracks. Yet, it doesn’t jolt you enough to feel off putting, and even its placement in the context of the entire album is seamless. The band then jumps to a two-stepper with a full southern swagger on “Seesaw Love.”

For the most part, “Martian’s Bloom” isn’t totally amazing, but it is totally interesting. There are moments that the mid-tempo and monotony of Wagner’s vocals can make for weary ears, but the surprises and the uniqueness of Wagner’s voice add energy and life to what could be an otherwise dullish album. Their selling point is that while they are genre blending, they are doing it in their own way and as long as continue, there is much talent in these “Martian’s.” 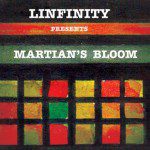 One thought on ““Martian’s Bloom” by Linfinity – Album Review”