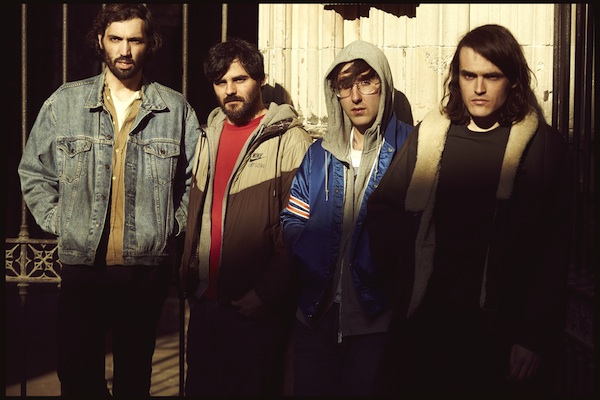 After an exhausting, scene-wide fist-pump through enough electro and blog house parties to kill the warehouse district, 2009’s limelight electronic scene decided to wipe the sticky, day-glo rave-house sheen from its person and take a vacation: in search of a beach and a tan. The Lo-Fi Flood of last year left us with a smattering of glowing, bliss-pop acts swimming through the haze of—what seemed new, though acts like Studio and some Labrador Records’ roster had already mastered their own take on the famous Fung/Oakenfold/Rampling discovery—their take on some delicate, dance-party head- bob through a new breed of lo-fi bands coined as “chillwave,” “glo-fi” and “Balearic.” This beachcomber sound was found especially with the nostalgia of 80’s hangover acts Memory Tapes, Washed Out, Lemonade and Ducktails at the helm.

Some of the said scene has since become drop-in-the-bucket territory, but crawling from the waves of coastal Spain are the Zarautz, Basque country-formed foursome Delorean, who after the release of just one EP, looked promising. Forming a decade ago as a teenage outlet for hair-combed-to-one-side emo-punk angst, this current Barcelona quintet have since embraced the scene-traveling likeness of their namesake skipping town for a hearty sopping of Balearic beats, bubbly synths and blissful hands-in-the-air density on their new album, “Subiza.”

Named for the rural town it was recorded in, these four Barcelonan boys are giving us a sound sampler that waves on all six through the best of indie house, Madchester beat, pulsating disco and the form of an all-so embraced Balearic backbone. “Subiza’s” nine tracks nurture the modern-pop quirkiness of the “Ayrton Senna” EP songs with tracks like “Warmer Places” and “Real Love” found in the album’s ranks. Just take their student-film looking video for their single “Stay Close” in which we see a couple rolling on the beach in embrace, spliced with Lomo-like images of dolphins, pool dives, sunsets and water splashes; it’s like an adorable American Apparel ad.

Overall “Subiza” offers most of what I had hoped from the new Delorean longplayer after I heralded “Ayrton Senna” last year. The songs are airy, beaty and enveloping to say the least. Any of the tracks here are oh-so perfect for your girlfriend’s ‘Summer Mix,’ though after a few trips to “Subiza” and back I start to notice a growing absence of any real run-time barriers as the it elapses. Sure, it does spin on like an early morning sunrise club set and standouts like “Grow” and the ensuing LCD Soundsystem meets Tough Alliance sound of “Infinite Desert” set themselves apart from the others, but it’s hard for me to note a real sonic branching-out here. I don’t come away humming any one track or chorus wanting to go back and listen again. Any one of these songs could have been a single choice on what seems to be the grounds “Stay Close” is.

For their True-Panther-released debut, the boys in Delorean have not at all made a disappointing record, but instead one full of grand, shimmering pop with one downfall: most of the tracks meld into one another through a general haze of fuzzy vocals, piano rolls and beaty pulse. It swirls on like frothy surf caught between two huge (clearly-marked) genred rock faces: “Disco Pop” and “Belaric beat” without an opening in sight. All I’m noting is that I’d like someone to give this band an elbowing to jump in, swim around and attempt at finding a way to get their collective creative water flowing to some other locations also. One with an actually noticeable guitar sound might be a nice start. 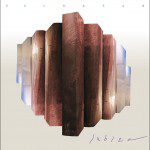 Be sure to check our review of Delorean at The Echoplex in April here!