Following her debut album, “Made of Bricks,” the Ireland born songstress, Kate Nash announced back in May of 2008 that here next album would fuse a more raw punk sound. Nash has been touring in support of her follow up album “My Best Friend Is You” which has proven to be far more dark and punk then her bubbly debut. 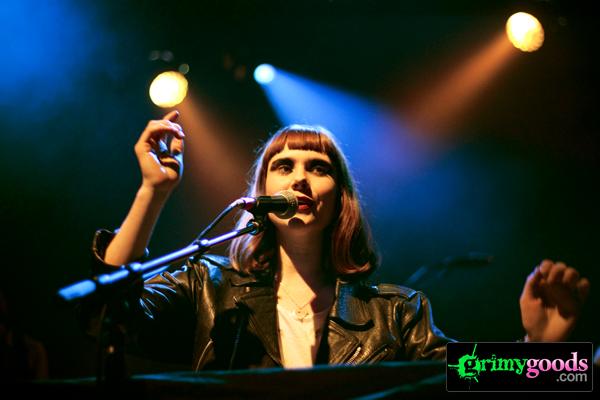 Taking over a sold-out show at the El Rey Theatre last Tuesday, May 11, 2010 Nash had her fans by the balls. I haven’t seen a crowd adore a musician so much as they do with the spunky Kate Nash. From the annoying tween standing next to me that would not shut-up about how much she loves Nash. This girl was so fuckin obnoxious, even after Nash had repeatedly ask her for silence during her quiet ballad “I Hate Seagulls.” But the chick continue to yell out “No, but Kate, you don’t know how much I love you!” I seriously thought the girl had to be on some drugs to be that lame.

Anywho, Nash brought in some eclectic fresh sound that at times may have confused her bubble-gum-pop fans a lil bit. Needless to say, I really enjoyed her new sound. From her chaotic spoken-word that closed up her song “Don’t You Want to Share the Guilt,” to the incessant shouts and punk undertones of  “I Just Love You More,” Nash incited some crazy crowd surfing action and allowed her fans to join her on stage for some skankin’. In fact, I think the annoying tween that I previously mentioned was the first to hit the stage (and fall) when “Take Me to a Higher Plane” rocked the crowd. Check out the video of the stage dancing and the girl eating shit on her ass. 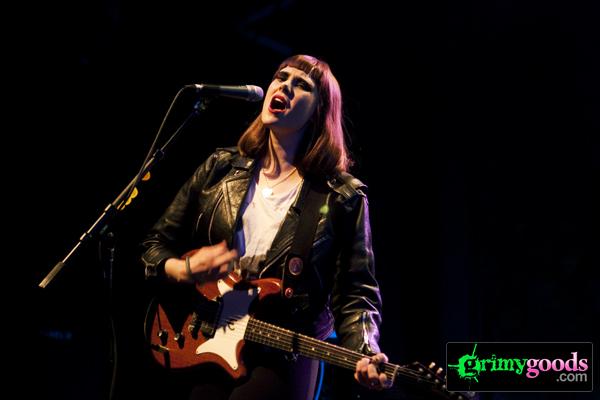 With Nash shouting out to the crowd, “the next song is about homophobic pricks!” she then knocks over her vodka/coke and hollers out for a new one (which gets passed down all the way from the bar to the stage) and begins to engage the crowd with “I’ve Got a Secret.” But the real shocker came when she performed “Mansion Song.” Holy fuck! Nash must have had a bad case of tourettes when writing this song. Here’s a preview of the word candy she spit out at us: “Get fucked and rolled over,” “STD,” and “Get fucked and dragged!” All this to the tune of some spooky Halloween-like instrumentals.

All together, Kate Nash put on a pretty bangin’ show. I wasn’t too keen on her lame opening band, Supercute though. Sure these lil metallic-space-looking-romper-wearing gals are all but 13 and doing their thang on stage touring with Kate Nash. But it was just total stoops. They looked like a female futuristic version of the Wizard of OZ’s, Lollipop Kids. Sorry, yes, I can be a big meanie, but whatever. I’m sure Super Cute will look back 10 years from now and say, “What the fuck were we thinking?!” On the bright side, they did play a Pink Floyd cover of “Pigs” off their album “Animals.” And they did perform “Foudations” with Nash as her goofy back-up dancers. Check out the video below for yourself and be sure to check the rest of the amazing photos! 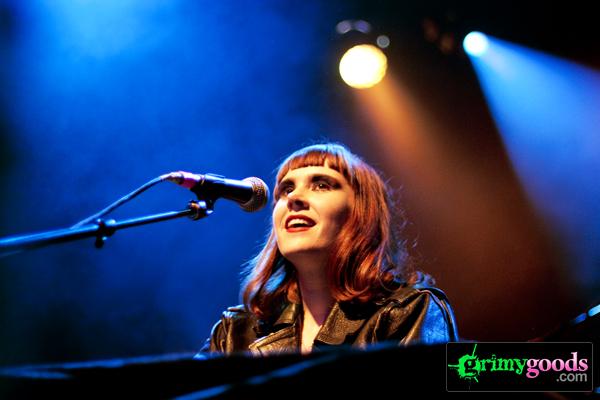 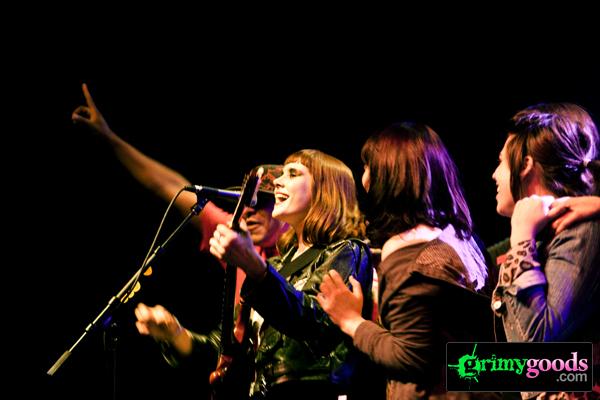 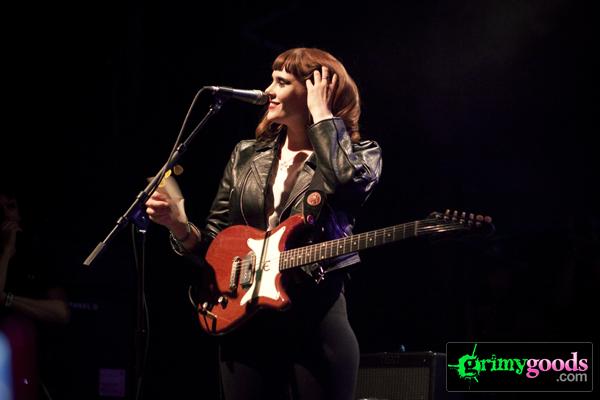 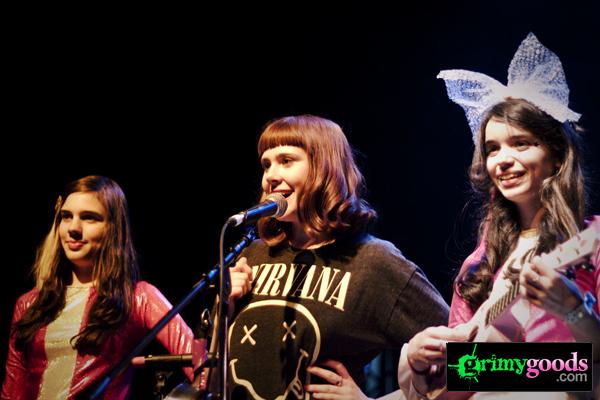