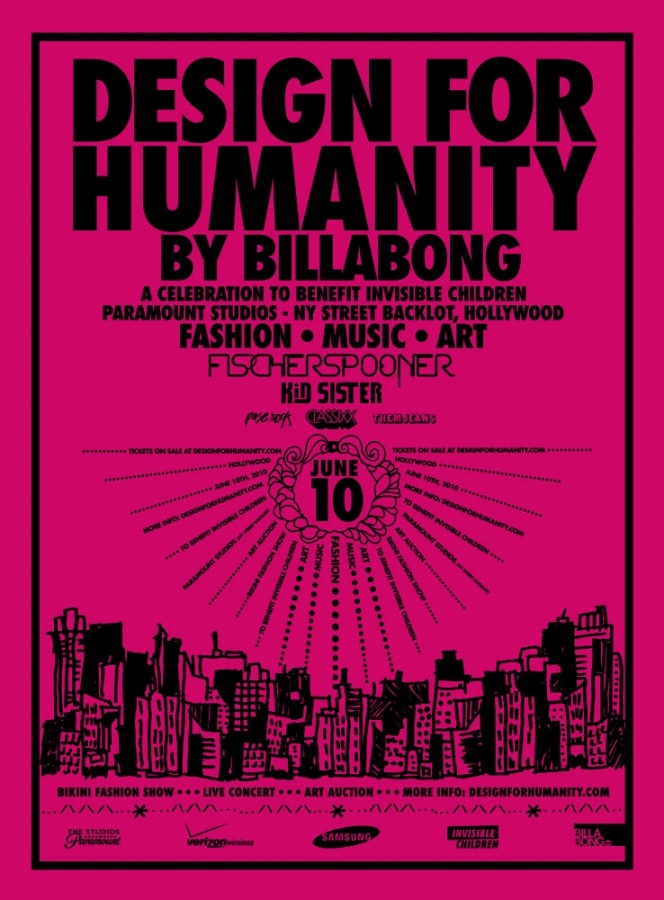 What are you doing Thursday night? You best be heading out to the coolest event going on in LA that night! It’s for a great cause and is going to be an epic night of fun!

Billabong will host the 4th annual Design For Humanity benefit with a new location set in the heart of the legendary New York Streets Backlot at Paramount Studios in Hollywood. With musical performance by Fischerspooner and Kid Sister, it’s set to be a really fun partay!

Design For Humanity is Billabong’s charitable division that seeks to raise funds and awareness of worthy causes, all the while celebrating art, music and fashion in the process. 100% of ticket sales will be donated to Invisible Children, an organization dedicated to ending the longest running war in Africa and bring peace to Uganda where the soldiers are children abducted from their homes and forced to fight.

Get your tickets here!