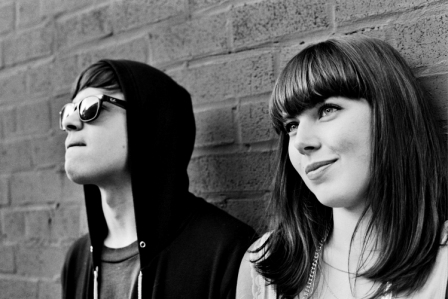 It’s an impressive feat for an album right out of the gate to cause momentary shock and awe and give you a feeling of “What is this?!?” Yet, first listen to Sleigh Bells’ “Treats” will have you full of questions and wonder. “Who is this?” “Is this pop? Or rap? Or electro? Metal?” Finally concluding with… “Forget questions, and crank that shit up!”

Perhaps the most amazing thing about Sleigh Bells is that their sound isn’t quite like anything you’ve heard before. They keep their pop composure while splicing in hardcore, noisy electro beats with a fevered intensity that is heavy. It’s hard and bubblegum at the same time. The other thing that is noticeable is while you feel that they are certainly referencing music genres of yore, you’d be hard-pressed to say that they are directly influenced by any one in particular.

Still yet another area of intrigue is that such brash, loud and intense tunes come from just two people. Derek Miller kills it on the instrumental/production side while Alexis Krauss brings cheery, chanting vocals, which meld into the musical madness Miller creates. The duo manages to make such a boisterous clatter, it’s damn near impossible not to take notice. And the masses have taken detected the excellence. Sleigh Bells has been embraced by the hipsters and shot to attention in the blogosphere with support and influence from M.I.A.

“Treats” thrills from track one with a blow-out-your-speakers jam entitled, “Tell ‘Em.” It takes a few moments to let your eardrums adjust to the thunderous electro pop featuring some grinding guitar as Krauss’s vocals sweetly crooning over the raucous dance pop. They continue with the frenzied pace, but change it up for “Rill Rill” which takes it a few decibels down and slows to a swinging summer jam where Krauss churns out some quick-paced lyrics against the hazy, humid landscape. They light it up again with “Crown on the Ground,” a fuzzy, extremely distorted cheerleader anthem where Krauss’s cadence finds a sweet spot between the Debbie Harry rap-like pace and the taunting of a petulant child. 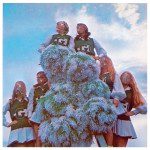